Gary Valenciano is going to be a grandpa again

Gary Valenciano shares with his followers that he is going to be a grandfather again. 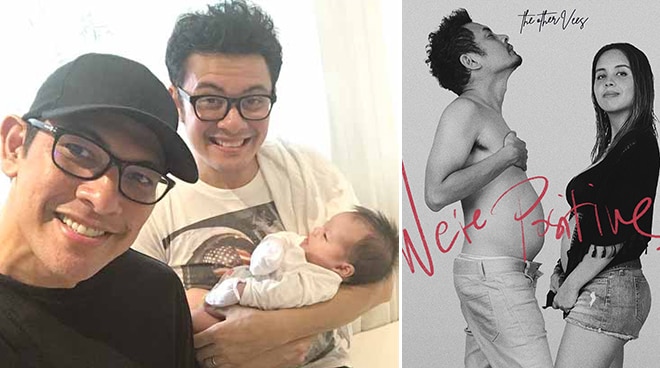 Gary Valenciano could not contain his excitement as he shared with his followers that he is going to be a grandfather again.

His son, Paolo Valenciano, is expecting his second child with his wife Samantha, the music veteran confirmed on Monday, September 12.

“I can’t say anything except how thankful I am for the gift of life, and the way God moved in revealing all this to us,” he added. “It can’t get any more heartwarming than this. Thank you @paolovalenciano @yosameti and @nataleiamartine for sharing this with everyone. I love you.”

Paolo and his wife announced that they were expecting through a vlog released on their YouTube channel, “The Other Vees.”

The video shows how the couple broke the news to their daughter Nataleia Martine —also known as Leia — as well as their families and loved ones, including the Valencianos and Pangilinans.

Paolo, one of the most in-demand concert directors in the country, has been married since 2013. He and Samantha tied the knot in a Christian ceremony held at the Manila Polo Club in February 2013.