Why did Slater Young quit showbiz?

Karen Davila did an interview with Slater Young about his 'Pinoy Big Brother' journey. 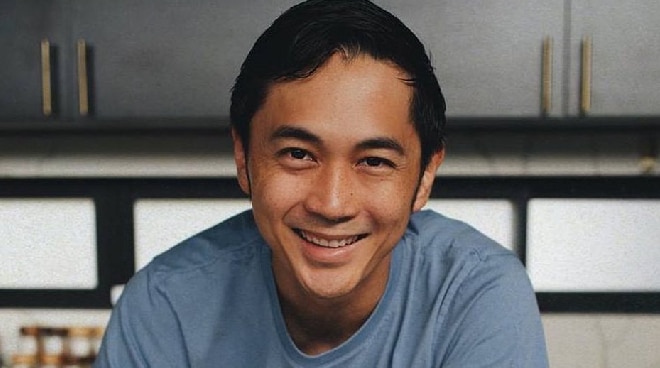 Karen Davila visited Slater Young and Kryz Uy's home in Cebu in her latest YouTube vlog, getting the chance to ask straight from him, among others, his decision to leave showbiz.

During her conversation with the couple, Karen asked Slater about his Pinoy Big Brother journey. It can be recalled that the engineer-content creator was hailed as the Big Winner of PBB: Unlimited back in 2012.

When asked by Karen why he decided to join PBB in the first place, Slater replied: "I was working for my father that time and it kinda felt like a routine na lang. I go to the office and trabaho and then go home. I wanted to step out from my father's shadow. That was the whole premise behind it."

He shared that his parents did not actually fully approve of his decision to join the reality show.

"I remember my mom was very mad at me and my dad, he wasn't 100 percent with it. Sabi niya lang sa akin before going into PBB, 'Remember that you always have a family here that if it does not work out for you, we'll always take you back with open arms.' So that gave me the confidence to say if this was for me or not," he remarked

Slater became the Big Winner of his season. On what he thinks is the reason why people voted for him as the winner, he replied: "I think partly it was because people saw me as a leader [among the] PBB housemates. Ako lagi 'yung pinagkakatiwalaan. I feel like that was part of it."

Slater brought home a cash prize of two million pesos following his win in the reality show. The engineer-content creator shared that he deposited most of the money in the bank after receiving the prize.

"Derecho bangko actually. I didn't spend for anything except I just bought this watch. Nasa bangko lang very Chinese," he said.

After joining PBB, Slater said that his experience really helped boost his confidence. The reality show also paved the way for him to meet more people.

"After that sobrang laki talaga ng improvement when it comes to self-confidence, when it comes to knowing na I have a capability pala to lead a team or to experience the showbiz field. Parang it was such an eye-opener for me. Being in Cebu, being in the  engineering field all my life, parang may ganito pa lang different aspect to life. There's people na someone like a Vice Ganda na mame-meet mo na very colorful. I don't meet that everyday here in Cebu," he said.

Slater later decided to quit show business. As to what made him decide to leave showbiz, he said: "Feeling ko wala talaga akong depth of that skill set or the talent to actually be able to act, and sing, and dance. 'Yung ganyan lang. Parang hindi ko kultura. Parang it's like against my grain or my upbringing. Nothing bad or good, it is just different."

Upon returning to Cebu, Slater started his own company.

"After PBB when I decided ayaw ko na mag-artista, I wanted to do something different so that's with the whole construction thing. I was doing manufacturing of lightweight concrete, LiteBlock," he said.