Slater Young and Kryz Uy have welcomed their second child. 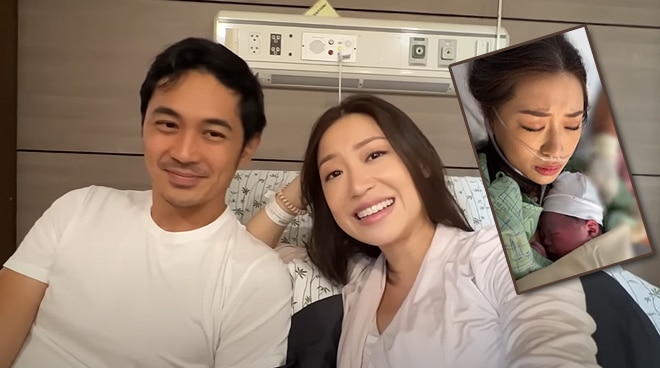 Kryz shared the good news in her latest vlog titled "Our lucky baby" which documented the emotional moment she and Slater welcomed their baby boy.

"He made it. He’s here," read the caption of the vlog, which was released on Wednesday, May 25.

"So happy to finally welcome Baby # 2 into the Skyfam. There were some complications in the end, but God is good and made sure we were all safe and sound. From contractions at home late into the night, to saying goodbye to Scottie before heading to the hospital in the morning, to my OB getting a flat tire, and that flat tire ending up saving baby… it was a whirlwind of a story with luck playing a huge part."

As of this writing, Slater and Kryz have yet to introduce their newborn son to the public.

It was in November last year when the couple announced that they were expecting another child together.

The two already have a son named Scott Knoa, who is turning two years old this June.

Slater and Kryz have been married for more than two years now. Slater, a model-entrepreneur who is known to many as the 2012 winner of the ABS-CBN reality show Pinoy Big Brother, tied the knot with Kryz, a blogger, in Cebu in February 2019.