Pambansang Kolokoy, wife call it quits; admits he now has a new partner

Pambansang Kolokoy has parted ways with his wife. 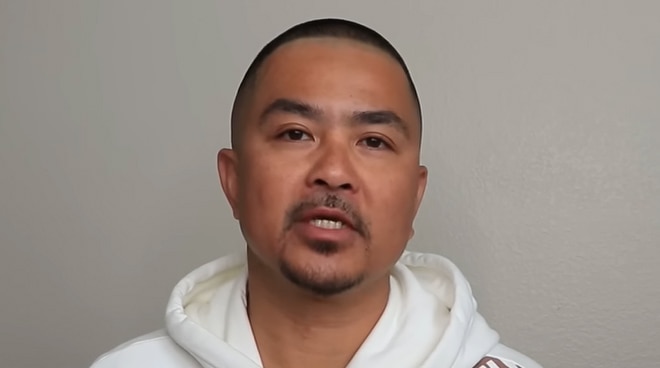 Vlogger Joel Mondina, famously known as Pambansang Kolokoy, made a revelation about himself and his wife Marites in a vlog: they have called it quits.

Titled “Peace of Mind,” Joel broke his silence following speculations from netizens about why his wife no longer appears in his vlogs.

“Yes, mga kaibigan, me and Marites are no longer together. Wala na po kami ni Marites,” he stated.

While he admitted that he wasn’t planning on speaking out just yet, he said he eventually decided to give it a go and open up about their relationship status after he started getting many questions about it.

In the same vlog uploaded last August 28, he revealed that he currently has a new partner.

Meanwhile, he revealed a lot of things happened between him and Marites behind-the-scenes but he decided to keep it all to himself especially since they also shared great memories together.

Josel Mondina has over two million subscribers on his YouTube channel.