How does Vilma Santos envision herself as a grandmother?

Vilma Santos shares the advice she gave to Luis Manzano and Jessy Mendiola as first-time parents. 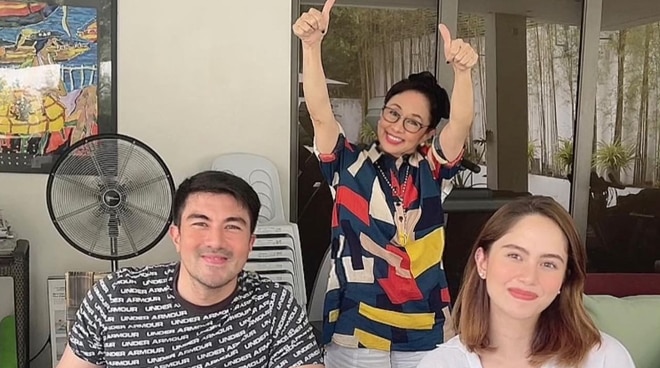 Now that Luis Manzano and Jessy Mendiola are entering parenthood, Vilma Santos is also already preparing herself to become a grandmother.

The Star for All Seasons stressed that she has yet to really know what type of grandparenting she would do with her grandchild.

The actress also shared that she would want to be called "Momsie V."

Vilma also shared the advice that she gave to Luis and Jessy who are going to be parents for the first time.

The actress continued, "Iba na pag nandiyan na ang baby kaya kailangan it's more understanding. Ang thinking nila it's more of—ikaw, ako, hindi na. Family na ang tingin mo dito. It's not only you’re my wife, you’re my husband; you're a mom, and you're a dad, you're a father."

It was on August 11 when Luis and Jessy announced that they are having a baby.