After admitting that she’s dating again, Michelle Madrigal took to social media to introduce her new flame to the public. 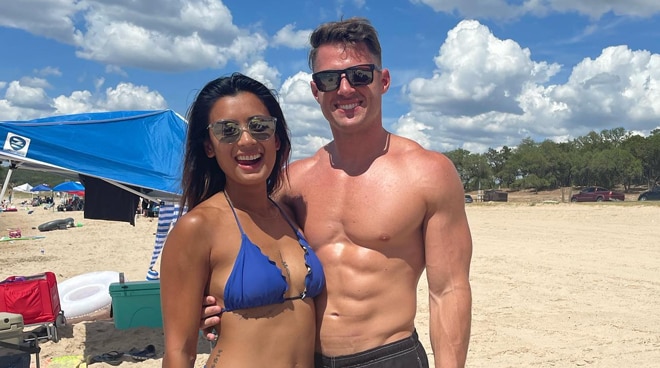 After admitting that she's dating again, former actress Michelle Madrigal took to social media to introduce her new boyfriend to the public.

On Instagram, Michelle posted photos of her with her American beau while on a beach getaway in Canyon Lake, Texas.

"Him," she simply captioned her post, followed by a smiling face emoji.

Friends and fans of Michelle quickly expressed their happiness for the new couple in the comments section of her post.

"Y’all are the cutest couple," wrote user rhonda.bacon, to which Michelle replied with: "Thank you for taking our photos."

Four months after her divorce from her husband Troy Woolfolk was finalized, Michelle admitted that she is back in the dating scene in a Q&A video she released on YouTube last August 20.

“I recently posted someone and I started dating. I was already casually dating before but I never posted anybody because I was also not emotionally available. I was just trying to see what dating feels like again because you don’t know what you’re doing after being married and being a parent,” she said.

"But yes, I started seeing someone recently and I think we're in a very good place. I don't want to put any label dahil hindi naman importante 'yun. We have an understanding, I think we're pretty much on the same page. He's also divorced. He's got kids. So I think it was just a good match sa lifestyle ko and sa lifestyle niya."

READ: Michelle Madrigal reveals she is dating again: ‘I think we’re in a very good place’

Michelle, however, said that she's not ready to share details about her current flame or their relationship just yet.

Michelle announced her separation from her husband while in the process of divorcing in August last year. The two tied the knot in April 2019 and share a four-year-old daughter, Anika.

At the time, both the former actress and Troy stressed that they ended their marriage on amicable terms. They also denied that a third party was a factor in their separation.