Belle Mariano credits her fans and their support for her current career success. 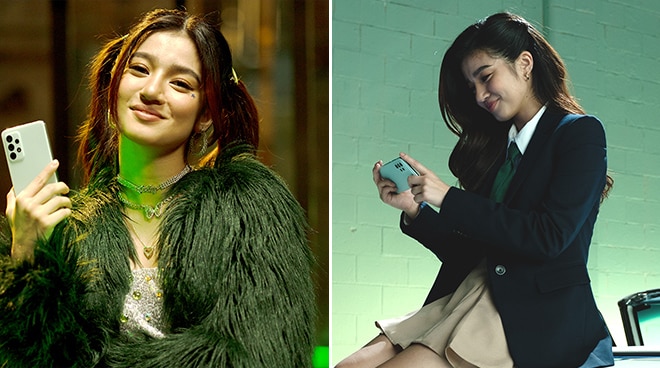 Belle Mariano has been enjoying an impressive career growth considering the ABS-CBN shutdown and the lockdowns due to the pandemic.

In 2020, the young star played Gabbie Salazar in Four Sisters Before The Wedding, the prequel of the Four Sister and A Wedding. But the role that really pushed her into the limelight was that of Maxpein Zin Del Valle from the series He’s Into Her. Her tandem with Donny Pangilinan, known as DonBelle, rapidly became one of the hottest young love teams in the country.

Production for the show began in 2020, but was shut down when health protocols were imposed due to COVID-19 and when ABS-CBN was denied a franchise renewal. The show resumed production months later, but without a free-to-air channel to broadcast the episodes He’s Into Her was set to premiere primarily on digital platforms.

Despite the odds, the show rapidly rose to popularity and became one of the most-widely viewed series, propelling its cast to stardom. This feat—and the challenges that came with it—was not lost on Belle who recalled what is was like when the show first premiered.

“Working amidst the pandemic comes with a lot of challenges, but I’m always grateful for every opportunity to do what I love and showcase my talents. He’s Into Her has been life-changing for many of us in the series.

“I guess the Internet made it a lot easier to get feedback from fans and interact with them, as well as promote the show to a wider audience. We’re also grateful for all the fans who went out of their way to post and share about the series with their friends and families via social media,” the young actress reflected.

In an interview for her new endorsement for Smart Telecommunications for their Power All campaign, Belle explained why she is grateful for this connectivity with her fans.

“I really appreciate it when I read comments or tweets about how my character in a project touches them or inspires people because of my performance. These comments give me a sense of fulfillment and empower me to work harder,” she stated.

Belle further explained how she has this connection has been for her. “By showing my appreciation to them like how grateful I am even if I don’t get to see the fans physically. Being on the receiving end of all this love and support has really been a humbling experience for me.”

While she’s thankful for being to interact with her fans online, she also wants to get a chance to have face-to-face meetups. “Meet all my fans physically and connect with them all the time. I know I can’t thank them enough because of all the love and support they have showered me over the past year.”

Luckily, Belle is currently in the US as part of Star Magic’s Beyond the Stars tour so she has the chance to thank her fans in person.

Still, Belle hasn’t let up on keeping her fans online updated on her adventures in the US. With a smartphone always on hand, she has been posting photos as she explored the city.

“Yes, our smartphones are extensions of ourselves. In a way, our most used apps reflect the passions and hobbies that are important to us. I can’t do without my smartphone because it’s my way to connect with loved ones, especially since we’re still in a pandemic and therefore have a lot of limitation in terms of movement.

As for the apps she uses, she said, “I often use Instagram and Twitter, along with other social media apps where my fans are active. I also enjoy scrolling through TikTok because I get to see the latest trends there.”

Aside from signing up Belle as their endorser, Smart also recently launched BTS-inspired animated characters TinyTAN for their Smart Universe campaign.

Meanwhile, Belle will be working with Donny on a new movie soon. The Star Cinema project was announced in late July and details about the film have yet to be released.