YouTube star Viy Cortez has given birth to her son with her longtime partner Lincoln Velasquez, more popularly known as Cong TV. 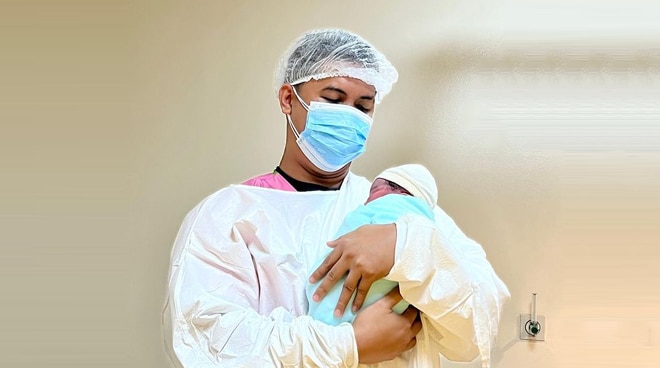 YouTube star Viy Cortez has confirmed the birth of her son with her longtime partner Lincoln Velasquez, more popularly known as Cong TV.

On Instagram, Viy posted a photo of her partner with their newborn baby Zeus Emmanuel Cortez Velasquez, or simply "Kidlat."

The birth of Kidlat was first confirmed by Viy's VIYLine Media Group on Facebook on Tuesday, July 5.

Hours before giving birth, Viy took to Instagram to share her excitement over the arrival of their son.

Currently, Viy and Cong TV are some of the biggest vloggers in the country, with at least 15 million combined subscribers on YouTube.