Star Magic artist and boxer Jimuel Pacquiao continues to pursue his amateur boxing career in the US this year. 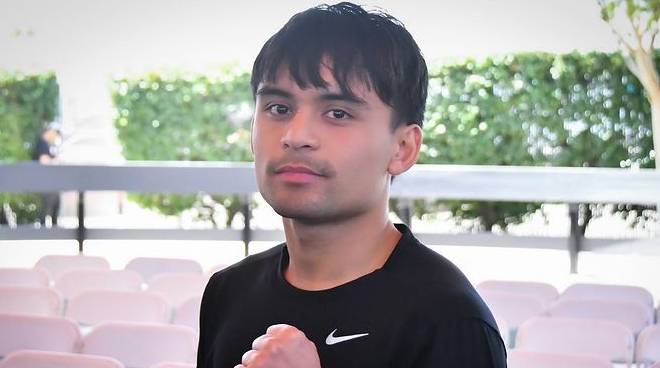 Last year, Jimuel Pacquiao joined the Star Magic family as part of Squad Plus. This year, he is making his boxing dreams come true after winning his second boxing match in California this month. Born Emmanuel Pacquiao Jr., Jimuel is the eldest son of boxing champion Manny Pacquiao and his wife Jinky who have five children.

An amateur boxer since 2019, Jimuel flew to the US in the middle of last year to watch his dad’s fight against Yordenis Ugas of Cuba for the WBA welterweight championship in Las Vegas. After the event, Jimuel decided to stay in the US and won his first amateur match in March this year against Mexican-American Andres Rosales. Earlier this month, he won his second match against Mexican Jonathan Barajas.

In an interview last year, Jimuel revealed why he chose to continue pursuing his passion for boxing even while officially  joining showbiz.

“Sa ngayon tuloy tuloy pa rin naman. I always find time to train since yun naman yun naman yung pinaka importante. Since I kind of started late na sa boxing so I have a lot of years na parang kailangan habulin, or so they say. Kaya ko naman siya pagsabayin. There’s always time to train and I’m motivated naman when it comes to boxing so kaya naman,” he shared.