Is romance in the air for Miles Ocampo? 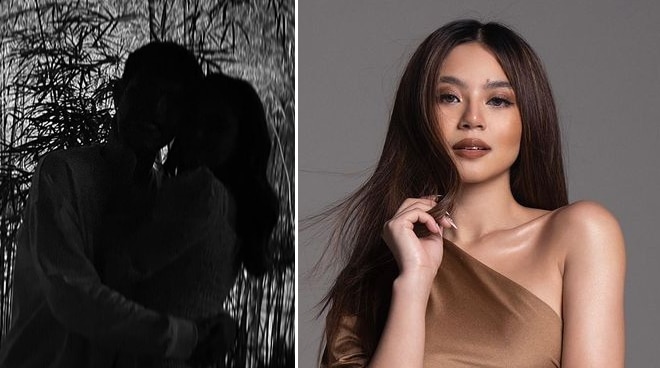 Netizens could not help but speculate after seeing the latest Instagram post of Miles showing how she celebrated her 25th birthday earlier this month of May.

Included in the series of snaps was a black-and-white photo of the actress and a man in an embrace. Though his face was not shown, Miles identified the guy as Elijah, who is best known for his roles in the 2019 film Kalel, 15 and in the 2020 online series Gameboys.

Noticeably, the award-winning actor was also present during the surprise birthday party thrown for Miles by her closest friends, including actress Sharlene San Pedro. Moreover, he also appeared to have prepared his own surprise for Miles on her special day, as shown in a photo of the actress inside a theater, with the text, "Happy birthday, my Camille," flashing on the big screen.

They also co-starred in the music video of Over October's hit single "Sandali Lang", which was released in October last year.

Both actors have yet to either confirm or deny speculations of their romance as of this writing.

Miles was last romantically linked to actor McCoy de Leon, who in a past interview admitted that he tried courting the actress, but to no avail.

McCoy is now in a happy relationship with his onscreen partner Elisse Joson, with whom he shares a daughter, Felize McKenzie.