Jericho Rosales is nominated for best actor at the NewFilmmakers Los Angeles (NFMLA) 2022. 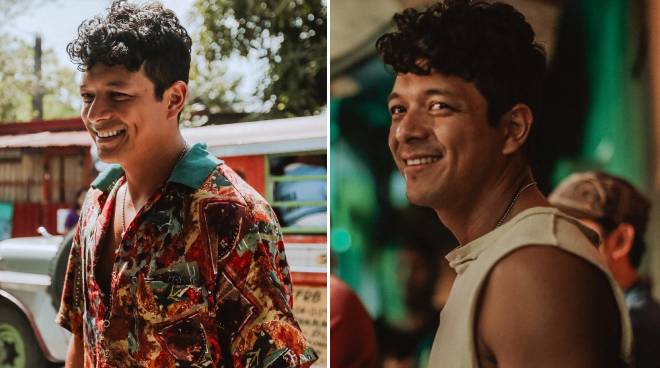 NewFilmmakers Los Angeles (NFMLA) has nominated Kapamilya star Jericho Rosales for best actor in the Performance Drama category for his portrayal in the short film Basurero.

Hollywood publication Variety announced the nominations of NFMLA on April 6 with Jericho as one of the nominees for best actor alongside nine other contenders in the category.

Jericho took to social media to express his elation over the nomination.

"Our short film BASURERO gets nominated for BEST INTERNATIONAL DRAMA and kulot gets a BEST ACTOR nomination at the NFMLA 2022 in Los Angeles! List of nominees and jurors on Variety article up in my bio! This little jeepney made it to Hollywood! 🤪Cheers team!" he said.

Various fans of the actor extended their congratulatory messages for him on social media.

"You are always destined for greatness and to wave our Philippine flag. Continue making us proud," one fan commented.

In the report by Variety, NFMLA programming director Bojana Sandic said in a statement, "We are so proud to be able to highlight the incredible talent of all of our nominees, who have each created such inspiring work."

According to its website, NMFLA "provides a forum where filmmakers can be recognized for their contributions, have open audience discussions about their projects and connect with industry professionals for insight on distribution, production, acquisition, and representation."

Basurero follows the story of a fisherman named Bong (Jericho) who is forced to dump bodies into the ocean to earn for his family's needs.

Jericho worked with Marife Necesito, Skyzx Labastilla, Althea Vega, and Soliman Cruz in the movie. It was directed and written by Eileen Cabiling.

Basurero is also nominated for best international drama at the NFMLA.

The short film had its screening in the Philippines in the online edition of Cinemalaya back in 2020. It also streamed on iWantTFC.

In an interview with ABS-CBN News back in 2020, Jericho shared his journey portraying his character in Basurero.

"My character was based on a real person. I was more interested in the daily moment to moment decisions that he had to make for himself and for his family," he shared.

Jericho also shared his reflections about his character's struggles in the story.

"When I was 14, I was working at a fast-food chain. I was 15 and I became a driver and before I had many jobs like I sold fish in the market. Acting was such a blessing for me. That opened up so many opportunities for me and that opened my mind to like the things that I really wanted to do. I remember myself saying that, 'okay, I think I'm in the right place because I didn't go to the college but this is what I want to do.' That motivated me but before that my greatest motivation was just for me to just give my family a better life," he said.

After Basurero, Jericho is set to star in the upcoming international series titled Sellblock.

"ABS-CBN is excited to announce that Sellblock will be headlined by our very own Jericho Rosales. In his nearly three decade-long career Jericho has earned the title of ‘Asian drama king’ and is one of our network’s finest homegrown talents and country’s top leading men,” ABS-CBN international production and co-production head Ruel S. Bayani said in a report by Variety last March.