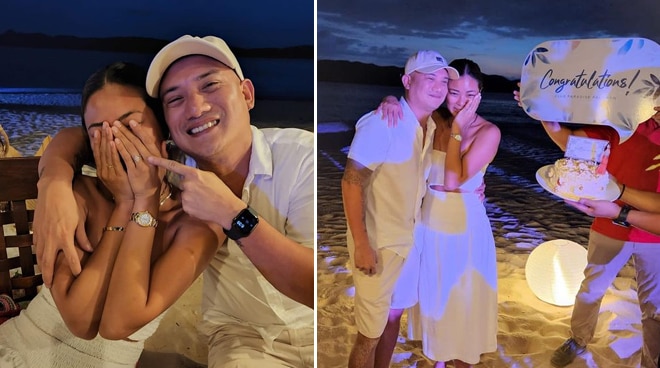 Her boyfriend, diving instructor Timmy Llana, proposed to her as they celebrated Maxine's birthday in advance in Coron, Palawan. She will be turning 32 this coming May.

On Instagram, Maxine shared the wonderful news with her 854,000 followers as she posted photos of her boyfriend's surprise proposal and her huge engagement ring.

"Finally my forever," she said.

Maxine and her now-fiancé have been together for nearly four years.

The actress first admitted her relationship with Timmy in 2019. Previously on Magandang Buhay, Maxine shared that she and her boyfriend have known each other even before she represented the Philippines in the Miss Universe pageant back in 2016.

In her anniversary message for Timmy last June 2021, Maxine credited her boyfriend for helping her mature and become a better person.

"It's so crazy how time can go by and we can grow so much within a day. So proud of you and you have helped me mature and become a better person and a better partner each day. You have completed me in more ways than you could imagine babe! I love you!" she said.