Singer Nonoy Peña recently released his own version of the song ‘Dahan Dahan’ under Ivory Music and Video. 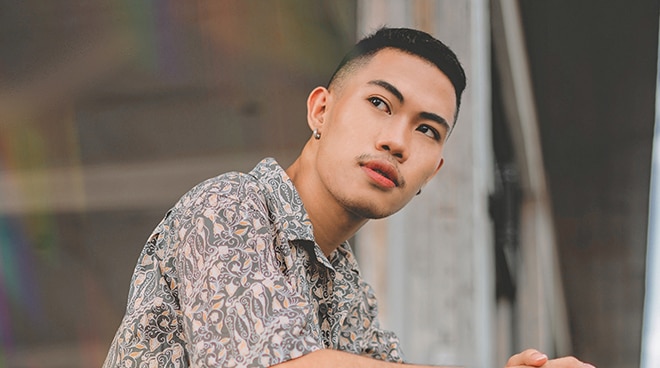 With more than 480,000 subscribers on YouTube as of this writing, Bicol’s online sensation Nonoy Peña continues to share his singing talent with the world by releasing more cover songs. His rendition of the 2014 OPM hit “Dahan Dahan” was his third official single under Ivory Music and Video, his record label since 2020.

In an exclusive e-mail interview with PUSH, Nonoy shared why he decided to go with “Dahan Dahan”, which was originally sung by actress Maja Salvador, for his new single.

“Actually, when we were thinking of the next song for my third official single, we considered a lot of titles. And since I am planning to have a music video with a dance number, I really considered ‘Dahan Dahan’ because of its original version. And luckily, we got the approval from of my label - the Ivory Music family. I am very excited to record it. However, I can't do dancing on [the] music video because of health protocols implemented. Aside from that, we give importance to this because it's original Pilipino music,” he said.

As his song covers receive a lot of support online with his most viewed YouTube upload – Air Supply’s “Having You Near Me”– garnering more than 3 million views, how does Nonoy choose which song he will make a version of?

“The fact that I'm really into music makes me easily choose songs to cover. I usually spend my day listening [to] music to relax and to be able to familiarize songs of different genres. Also, it's not that difficult for me especially when I'm being bombarded [with] song requests coming from my supporters and I would just list it all down so that their requests would be secured,” he answered.

But while his song covers are currently thriving, Nonoy also shared plans to create his own music someday. He said, “Yes, I do have plans to create and release my own music and I take it as a challenge for myself. Aside from that, I'm looking forward to have a collaboration with mainstream artists and looking forward as well to see myself dancing in one of my music videos soon.”

His efforts to keep pursuing music are gradually paying off as Nonoy recently won in the 2021 TAG Music Awards Chicago.

What is next for Nonoy?

“Of course as an artist, I am preparing myself to be flexible in order for me to do what my management and my label want me to do. But of course I am very open to my manager that someday I want my supporters [to] see me dancing onstage aside from singing my official singles, of course [to have a] concert if God really permits, and of course I want to have collaborations with mainstream artists who I consider as my idols in the industry.

“But before these happen, my supporters can always wait for my official releases under Ivory Music, my official record label,” he concluded.