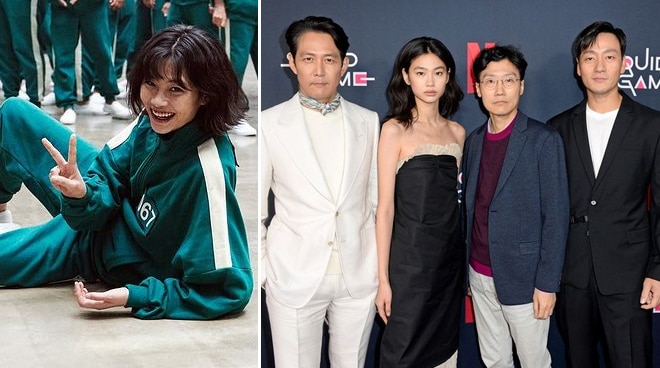 There might be a chance for breakout star Jung Ho-yeon to return in the second season of Squid Game.

In a red-carpet interview with Deadline at the Producers Guild of America Awards, Squid Game director Hwang Dong-hyuk shared that he is currently coming up with ideas for the next season.

"There will be more great games, that’s all I can say," Dong-hyuk teased about the next season of the hit Netflix show.

He added, "I’m just still brainstorming and collecting the ideas for Season 2. I haven’t even started with the writing yet."

When asked if there is a chance for some cast members to return to the show, he replied, "No, because most of them are dead." Nonetheless, the director promised that he will "try something to bring them back to Season 2."

As an example, he said that he might bring Ho-yeon back to the show saying, "Let’s say maybe she has a twin sister, you’ll see.”

Ho-yeon, who was also in the same interview, replied, "I could change my hair color. Let’s do a little like plastic surgery."

In the first season of Squid Game, Ho-yeon played the role of Kang Sae-byeok, a North Korean defector who joined a survival game to win billions that she could use to be reunited with her family.

The actress recently bagged the Most Outstanding Performance by a female lead at the Screen Actors Guild Awards (SAG) for her performance in the series.

"First and foremost, thank you so much. I have sat many of times watching you on the big screen dreaming of one day becoming an actor. I just want to say thank you so much. Thank you... made me dream and open the door for me. And I love you my Squid Game crew!" she said during her emotional speech at the SAG Awards.

The show's lead actor Lee Jung-jae also won the Most Outstanding Performance by a male lead at the SAG Awards.

The series also received the Outstanding Action Performance by a Stunt Ensemble in a Television Series award.

Squid Game made history on Netflix as it set a new record for any series on the streaming platform in its initial debut.

Netflix announced last October 2021 that the series has reached 111 million fans since it was released on September 17. That happened in a span of 25 days only.

Aside from Jung Ho-yeon and Lee Jung-jae, the series starred Park Hae-soo, Oh Yeong-su, Heo Sung-tae, Anupam Tripathi, and Kim Joo-ryoung, among others.

It was in November of last year when director Dong-hyuk revealed that he is already planning for season two.

"I almost feel like you leave us no choice. There’s been so much pressure, so much demand and so much love for a second season," he said in a report by Associated Press last year.

"It’s in my head right now. I’m in the planning process currently. But I do think it’s too early to say when and how that’s going to happen. So I will promise you this, Gi-hun will be back and he’ll do something for the world," he added.

The director confirmed that Jung-jae will return for the next season.