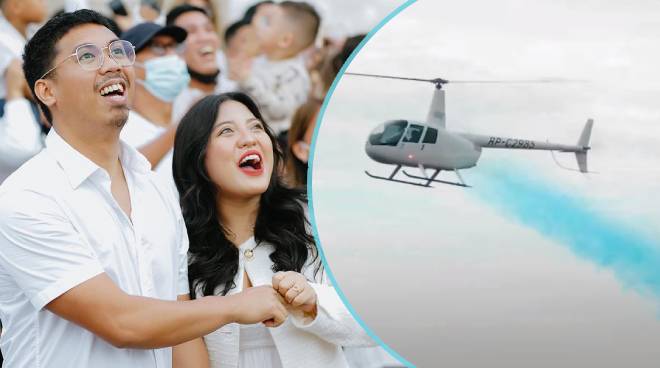 Vloggers Cong Velasquez and Viy Cortez announced on Saturday, February 5, that they are expecting a baby boy.

The couple made the announcement through a gender reveal vlog released on Viy’s YouTube channel.

A helicopter passed overhead and released blue confetti from the skies as a way of confirming that their firstborn is going to be a boy.

Before the gender reveal, Cong and Viy made a survey on whether people think it’s a boy or a girl. They asked their family and friends in attendance as well as random strangers around the area.

Meanwhile, Cong’s dad made a speech at the gathering, encouraging the couple to get married soon.

Cong, for his part, gave a message to their son whom they named Kidlat.

It was in December 2021 when Cong and Viy announced that they were expecting a baby.