Turs Daza on being patient with his acting career: ‘I’ve always just chosen to be grateful’

‘The Goodbye Girl’ actor Turs Daza shares why he is patient when it comes to the progress of his showbiz career. 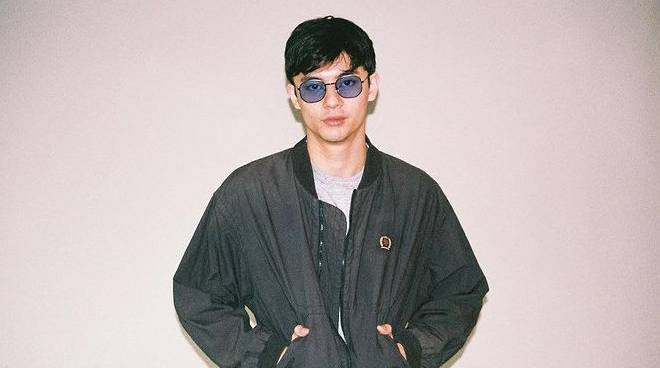 When asked how he felt about playing the role of a two-timing husband in the iWantTFC Original series The Goodbye Girl, actor Turs Daza said he hopes people can find a deeper understanding when it comes to his character after watching his episode with co-star Barbie Imperial who plays the other woman.

“Sa totoo lang mahirap talaga mahalin ang mga manloloko, di ba? For me, I think it’s an opportunity for forgiveness which is very important. Because if you’re just going to hate the person, ikaw lang malulugi diyan eh. Because it’s going to affect you more than it affects the other person. Hopefully people can understand why they are doing these things. So it’s always stemming from somewhere and I hope that people can understand that. And  at the same time, learn from the mistakes of what that person is doing,” he said.

Turs admitted that having experienced being two-timed in real life also helped him with his acting in the series. But the former MYX VJ said he feels that people should never subject themselves to being the third party in a relationship.

“Meron akong dinate dati tapos nagulat na lang ako na meron na silang boyfriend and stuff like that. Actually nangyari like twice or something. After nung nangyari inisip ko na lang na what you have to do first and foremost, kailangan mong respetuhin yung sarili mo na you deserve  better. That you don’t want to settle to becoming yung kabit. So first and foremost end it. And then secondly kailangan mong i-analyze yung sarili mo. Maybe you are doing something to attract these kinds of people to you which isn’t good.

“So my advice would be isulat mo na lang lahat ng sakit mo sa journal. Ilabas mo lahat dun. And then as you do that, take the time to read it again and again. Because that will help you understand kung paano tumatakbo yung utak mo. Yung processing, how you act, how you grow. Dun mo malalaman yung critical thinking skills mo. That’s what you can use to better yourself, to change yourself. Importante talaga na meron kang support system, whether family or friends or church group,” he explained.

After winning the MYX VJ Search in 2017, Turs was able to show his acting talent in projects like Love Thy Woman and He’s Into Her. Even though his schedule as not as busy as other artists, Turs shared why he is patient when it comes to his career in showbiz.

“I’ve always just chosen to be grateful for what I’ve been given. Sa lahat ng mga projects whether it’s acting or hosting. I’m very thankful to ABS-CBN and to Dreamscape for the opportunity kahit anong role pa yan. Just to be able to showcase my talent. And in the meantime even though let’s say konti lang ang work ko, I still spend my time trying to work on my craft bilang artist. Hindi lang acting ang ginagawa ko. Sometimes I try to sing, sometimes I try to paint. I do other outlets na creative,” he revealed.

During their The Goodbye Girl mediacon, Turs shared a personal anecdote that illustrates his mindset when it comes to his work.

“Actually I have one story share ko lang. Habang kaka-start ko lang mag-guitar, tinanong ko yung tito ko kasi sobrang magaling siya. Sabi ko, ‘Tito, how can I get really good at guitar like you?’ Sabi niya, ‘The most important thing about learning guitar is it’s not a race. It doesn’t matter if people are better than you or worse than you. Huwag mo i-compare yung sarili mo kanila kasi it will only make you feel good or bad about yourself which isn’t a good thing. The whole purpose of you learning is because you love it. It’s the passion.’ So that’s what I relate dito sa acting ko. I don’t want to compare myself to other people to make me feel good or like to bring myself up or to make me feel bad dahil sobrang sikat na sila. It’s just the passion and the love for what I do,” he added

Watch Turs Daza and Barbie Imperial in “The Clueless Girl” episode of The Goodbye Girl. Produced by Dreamscape Entertainment and Clever Minds Inc., The Goodbye Girl is available for streaming on the iWantTFC app (iOS and Android) and website (iwanttfc.com).