Dimples Romana gave an update about her daughter Cal . 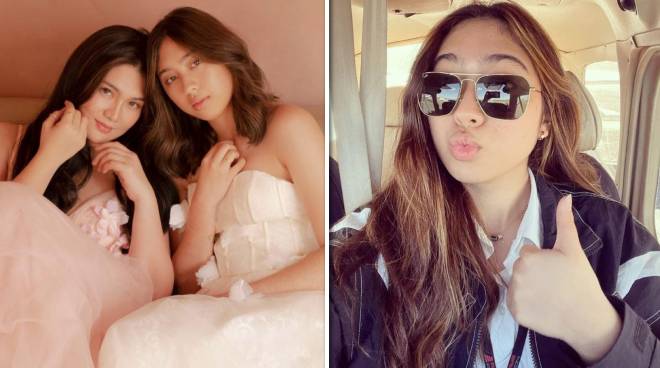 Kapamilya actress Dimples Romana shared with her 3.9 million followers on Instagram an audio clip of her daughter’s radio calls for a flight.

The proud mother couldn’t help but get excited seeing her daughter slowly achieve her dreams.

Dimples also took the opportunity to share what her father previously told her about the value of pursuing one’s dreams.

“Sabi ng Tatay ko, one day when I will have children of my own, apart from kindness and respect, I must be able to impart to them the value of DREAMS. Yes, pangarap. Mas mabuti na daw kasi ang mahirap na may pangarap kesa may kaya na walang pangarap,” she shared.

The 37-year-old actress also shared the importance of teaching children how to dream big while they’re still young. Dimples added that those privileged enough in life find it hard to understand the concept of dreaming big.

“It’s not easy training our children to dream BIG. Lalo na it and when they grow up in a home na kahit papaano nakakaluwag luwag na tayo. They become oblivious to struggles and sacrifice may be a strange concept to them. Inspiration can’t be forced. It can’t be bought either,” she remarked.

Dimples also noted that one must fail in order to succeed in life. She said she made sure that her father’s teachings would be passed on to her children.

“To want to be better, one must know what it feels like to FAIL. For failure is temporary but so is a success. So in anything just like what my Papa made sure I knew before he had passed on, -NEVER be afraid to be uncomfortable, EMBRACE the uncertainty, never be afraid to FAIL, never be afraid to TRY, and TRY HARDER,” she said.