Sue Ramirez hints at a new project she’ll be starring in. 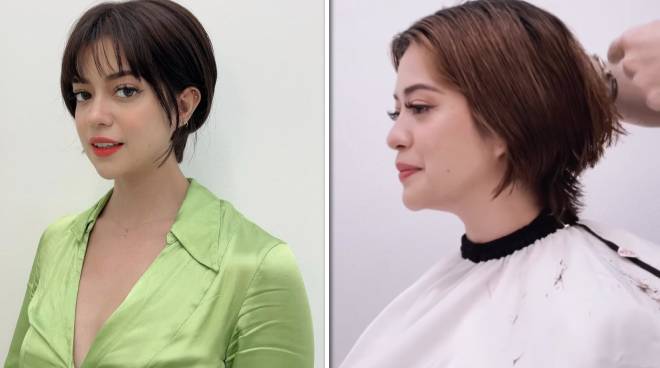 The Broken Marriage Vow actress Sue Ramirez teased her fans after revealing her short hair on her Instagram. She shared that she had to cut her hair for the new project she has been working on.

Prior to her pixie cut, Sue sported a shoulder-length hairstyle. Aside from her new hairdo, the actress also had her hair colored to match the pixie cut. She didn’t specify if she’ll be doing a new movie or a teleserye in her caption.

Netizens are speculating about the new project the 26-year-old actress mentioned. Just recently, Sue was announced to be part of the cast of ABS-CBN’s newest action drama, The Iron Heart, which also features Richard Gutierrez, Maja Salvador, and Jake Cuenca.

Sue is currently starring in the latest Viu Original Series, K-Love, starring Iza Calzado, Isabelle Daza, Gabby Padilla, and Jake Cuenca. She plays the role of Val, a young Fil-Am fashionista-slash-entrepreneur whose mission is to take on the male-dominated tech world.

READ: Sue Ramirez on working on a new series after ‘The Broken Marriage Vow’: ‘It made me more relaxed again’

Friends of the actress such as Chie Filomeno and Sharlene San Pedro, among others, commented how she looked stunning and fresh in her new look.

Previously, Sue was in the award-winning drama The Broken Marriage Vow. She portrayed the role of Lexy Lucero, the mistress of David Illustre, played by Zanjoe Marudo. It is available on iWantTFC and on the streaming service platform, Viu.