Sue Ramirez on working on a new series after ‘The Broken Marriage Vow’: ‘It made me more relaxed again’ 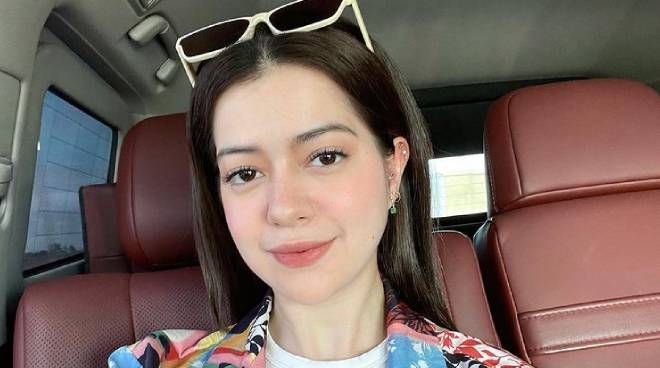 A self-confessed fan of Korean dramas in real life, Sue Ramirez said she considered it a privilege to be able to represent K-drama fans in her new Viu series K-Love.

“I’m aware of how big the K-drama craze is here in our country and it would be a big honor to be playing a person who’s mirroring the person who’s watching also. So it’s the concept, the script of course, and the people I worked with. A lot of factors to consider pero siguro isa sa malalaking selling point was getting to work with Corinna (Vistan, series creator) and Ian (Takahashi). We knew that we were in really good hands. We really gave it our best,” she shared during the K-Love presscon.

Playing the role of Val, a young Fil-Am fashionista-slash-entrepreneur whose mission is to take on the male-dominated tech world, Sue explained why she enjoyed playing her new role.

Coming from another successful Viu series The Broken Marriage Vow earlier this year, Sue revealed how working on K-Love helped her move on from her role as the headstrong Lexy in another Philippine remake of a hit South Korean series.

“I just came from a very, very heavy K-drama adaptation also which was The Broken Marriage Vow which I also worked with on Viu. So to be working na hindi na ganun kabigat yung dala mo pag dumadating ka sa set, parang it’s a breather. It made me more relaxed again coming from a very heavy role.

READ: Sue Ramirez reveals how she relates to her role in ‘The Broken Marriage Vow’: ‘Love has made me do crazy things!”

K-Love will be available for streaming on Viu starting October 14, Friday. Enjoy a wide variety of the latest Korean dramas and variety shows, anime, Thai, Japanese and Chinese dramas, Viu Originals and #TagDubonViu. Download the Viu app now and watch the best of premium Asian entertainment for free.