ENHYPEN is bringing their 'Manifesto' world tour to Manila in 2023. 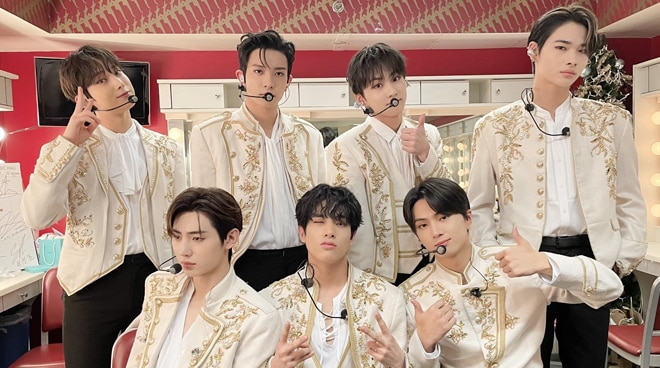 K-Pop boy group ENHYPEN is heading to the Philippines in February 2023.

Concert organizer PULP Live World announced on Tuesday, October 18, that ENHYPEN will be bringing their "Manifesto" World Tour to Manila on February 4 and 5 at the Mall of Asia Arena.

"Manila ENGENE (ENHYPEN's fandom), are you ready? Let's Do This! Keep your eyes glued on our social media accounts, PULP Live World on Facebook, Twitter and Instagram and on our website www.pulp.ph for updates," PULP Live World posted on social media.

ENHYPEN became an instant trending topic on social media following the announcement. Filipino ENGENEs were quick to express their excitement about the two-day concert.

"FILO-ENGENES THIS IS IT THE LONG WAIT IS OVER ARE YOU READY FOR ENHYPEN?!!" one fan tweeted.

"Manifesting I will attend this concert!" one fan said.

Aside from Manila, it was also announced that ENHYPEN will be bringing their "Manifesto" world tour to Bangkok, Thailand. They will also be staging a two-night concert in the Thailand capital on January 28 and 29.

[#오늘의ENHYPEN] Hello, NEW YORK! It was fun to be with you guys at the end of this U.S. tour. Today will be the new beginning, not the end. Thank you so much! See you again 😘 #221015 @ MANIFESTO in New York (@radiocity) pic.twitter.com/DSeNxnJ4Mz

ENHYPEN is a seven-member K-Pop boy group composed of Heeseung, Jay, Jake, Sunghoon, Sunoo, Jungwon and Ni-ki. The group was formed by Belift Lab, which is a joint venture of CJ ENM and Hybe Corporation, through the 2020 survival competition show titled I-Land.

The group debuted in November 2020 with their first extended play called Border: Day One.

READ: ENHYPEN is coming to Manila this December

Their hit songs include "Polaroid," "FEVER," "Future Perfect," "SHOUT OUT," "Drunk-Dazed," "TFW (That Feeling When)," among others.

In 2021, the group received the Rookie of the Year for Music award at the Asia Artist Awards. They also received Rookie Artist of the Year at the Golden Disc Awards. In the same year, they were also given the Global Rising Artist Award at the Melon Music Awards.