Pia Wurtzbach and her boyfriend Jeremy Jauncey recently celebrated their second anniversary as a couple. 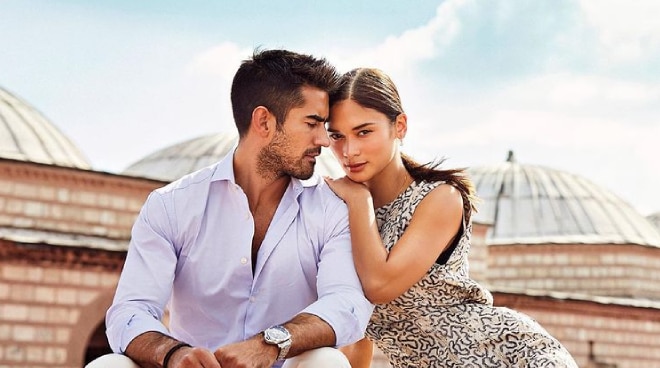 Pia Wurtzbach and her boyfriend Jeremy Jauncey recently celebrated their second anniversary as a couple.

The former Miss Universe marked the occasion by sharing a video clip showing her sweet moments with Jeremy on Instagram.

"Can’t take my eyes (and ears, and nose, and mind) off you," she wrote in the caption of her post last Sunday, January 2. "Happy Anniversary, my love.

Meanwhile, Jeremy said in his post that while he and Pia were apart for their anniversary and the holidays, they were together in spirit.

Going by their recent updates, Pia spent the holiday break with her family in the United Kingdom, while Jeremy rang in the new year in the Scottish Highlands.

READ: Pia Wurtzbach returns to the UK to spend Christmas with her family

"New Year’s Eve is a particularly special time in our family as @piawurtzbach and I also celebrate our anniversary. We always spend the first day of the year together, sharing goals and ideas for the next 12 months and enjoying memories from the 12 months that have passed," said Jeremy.

"Plans had to change last minute this year but we were together in spirit, supporting each other and reminiscing on another year of laughter and adventures."

Pia, 31, and Jeremy, 34, confirmed their relationship in June 2020 by appearing on the cover of lifestyle magazine Tatler Philippines.

According to the couple, they first met in London, when Pia's relationship with celebrity racer Marlon Stockinger had just ended.

"He came up to me and told me about how much he loved the Philippines, where he had been to a few times for work," said Pia. "There was definitely an immediate spark. We couldn't stop talking. I found him to be such a warm person and I liked that he was always smiling."

Jeremy, for his part, said he feels more inspired when he's around Pia, who rose to fame for winning the Miss Universe crown in 2015.