Alden Richards took to social media to express his gratitude as he turned 30 on Sunday, January 2. 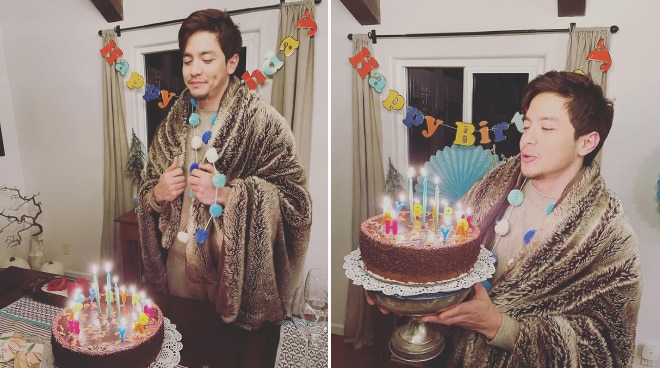 Alden Richards took to social media to express his gratitude as he turned 30 on Sunday, Jan. 2.

On Instagram, the actor thanked all those who greeted him as he shared photos of his simple birthday salubong in the United States.

"Grateful for 30 fruitful years. Thank you for all the greetings. GOD has always been so good," he wrote.

Alden, 30, is one of the best actors of his generation.

In 2019, he starred in Star Cinema's blockbuster movie Hello, Love, Goodbye with fellow A-list star Kathryn Bernardo. The film made history as the highest grossing Philippine film of all time, after it raked in more than P880 million in global earnings.

The show aims to benefit the actor's AR Foundation, which he launched late last year. The organization is dedicated to raising and granting funds for children in need of educational assistance.

Tickets are available for purchase at Ticket 2 me. Directed by Frank Lloyd Mamaril, with musical direction by Adonis Tabanda, ForwARd will stream online this coming January 30, 2022 at 8 pm.