Actress and fashion icon Heart Evangelista had herself inked again.

On Instagram Stories on Tuesday, September 7, Heart shared clips of herself getting a new tattoo on her left wrist and right ankle.

The one on her wrist says "Love", written in her husband Sorsogon Governor Francis "Chiz" Escudero's handwriting.

"My husband's handwriting inked on me forever," she wrote as she showed off her new tattoo. 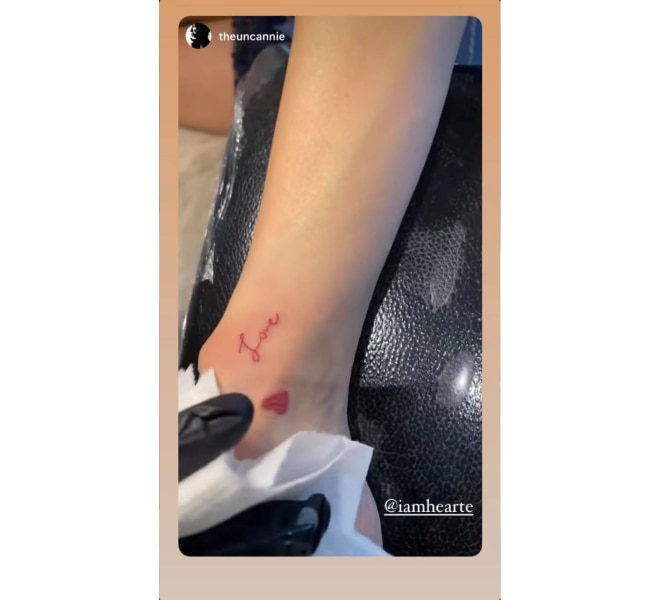 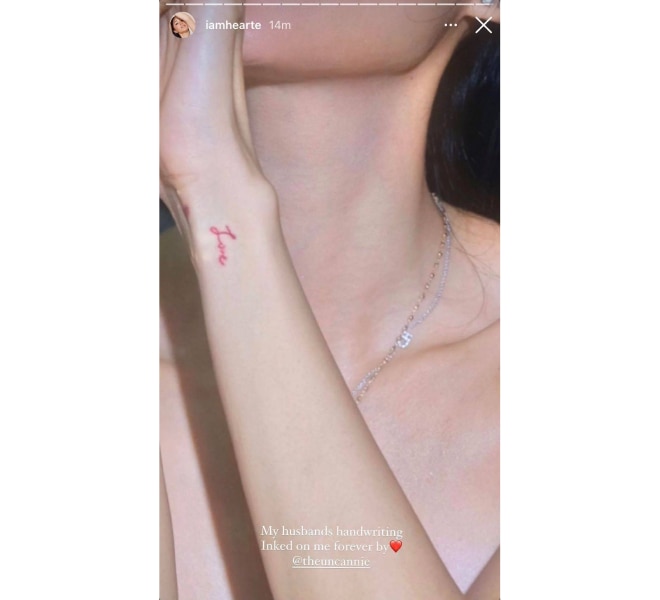 Meanwhile, Heart got a dainty daisy tattoo on her ankle. Heart, 36, is joining the second season of the hit Netflix reality show Bling Empire, which focuses on the lives of wealthy Asian socialites in the US.

Reports of this first surfaced after she was spotted with the show's Kane Lim and Kelly Mi Li in Los Angeles last August.

When cornered by Hollywood tabloid TMZ in Beverly Hills for confirmation, the actress simply said: “Whatever it is, this is for the Filipinos.”