Alexa Ilacad to graduate from college with perfect 1.0 GWA

Kapamilya actress Alexa Ilacad is over the moon as she announced on Monday, August 2, that she is finally graduating from college. 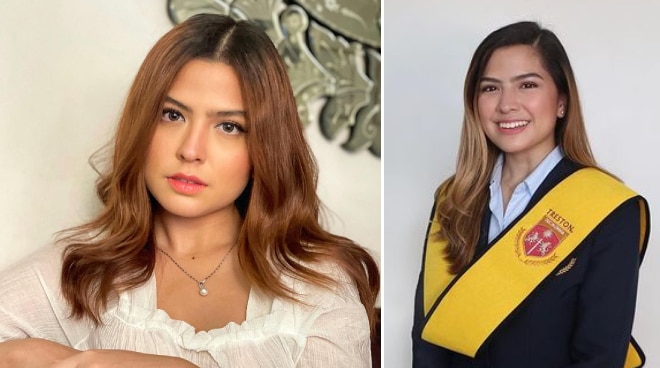 Kapamilya actress Alexa Ilacad is over the moon as she announced on social media that she is finally graduating from college.

Alexa, who is studying marketing at Treston International College, shared the exciting news with her 2.7 million followers on Instagram on Monday, August 2.

In her post, the actress happily shared that she finished the third trimester of the 2021 academic year with a GPA of 1.00, again qualifying her as a Dean’s Lister.

"Last hoorah for my last term in college. I am over the moon as I type this right now but finally… I AM GRADUATING!" said Alexa.

"Despite all the obstacles thrown my way, I was determined to finish strong. I came, I studied, I conquered!" she added.

Alexa, 21, started her career via the iconic kiddie gag show Goin' Bulilit and later made her showbiz breakthrough via the TV sitcom Luv U.

She recently starred in the hit teleserye The Killer Bride and the movie prequel Four Sisters Before A Wedding.