Xian Lim sent avid KimXi fans abuzz as he posted new photos of himself with his girlfriend Kim Chiu. 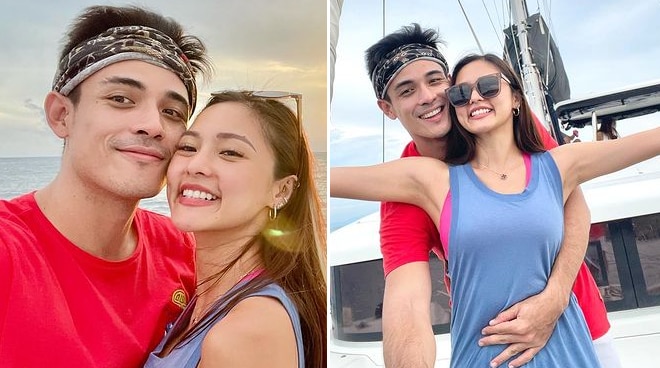 Xian Lim sent avid KimXi fans abuzz as he posted new photos of himself with his girlfriend Kim Chiu.

The longtime couple was seen getting cozy onboard a yacht in the sweet snaps shared by the actor on his Instagram page on Monday, June 7.

As of this writing, Xian's post already garnered more than 117,000 "likes" and hundreds of comments, with most netizens expressing their happiness and admiration for the two.

However, it was only in 2018 when Kim finally admitted her relationship with Xian, following years-long speculation surrounding the real score between them.

Early this year, the couple made headlines after rumors surfaced that they are already engaged.

The actor explained that he and Kim still have individual goals that they want to achieve.

“There’s so many things that we want to be able to accomplish and marami pa kaming gustong gawin. And I think wala pa sa time na ganoon," he said.
"Hindi pa namin or even talking about it, hindi namin napag-uusapan. So ‘yon, matagal pa po," he added.