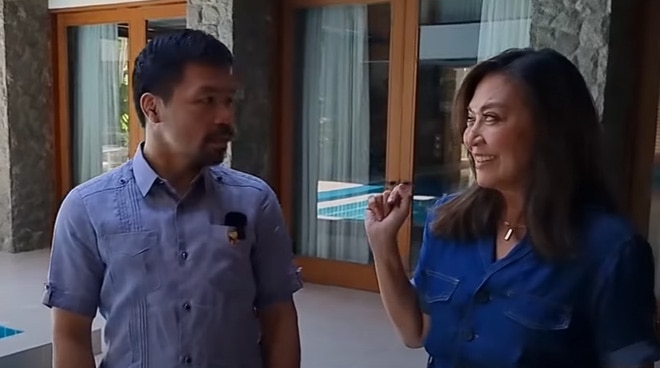 Karen Davila gave her followers a tour of Manny Pacquiao’s house in Metro Manila as she visited the latter for the Father’s Day offering on her YouTube channel.

In the said vlog, Karen brought up the issue of the criticisms she faced after she did an interview with the senator about his college degree during one of the latter’s appearances on her morning show Headstart in 2019.

Manny then revealed that he’s currently taking up a master’s degree in Public Administration.

The boxing champ also cooked escabeche or sweet and sour fish for Karen. The broadcast journalist teased Manny as someone who can potentially put up a restaurant after getting a taste of the food the national icon cooked for her.