BGYO and BINI to join forces in a concert this year

New P-pop groups BGYO and BINI are scheduled to have a joint concert by the end of the year. 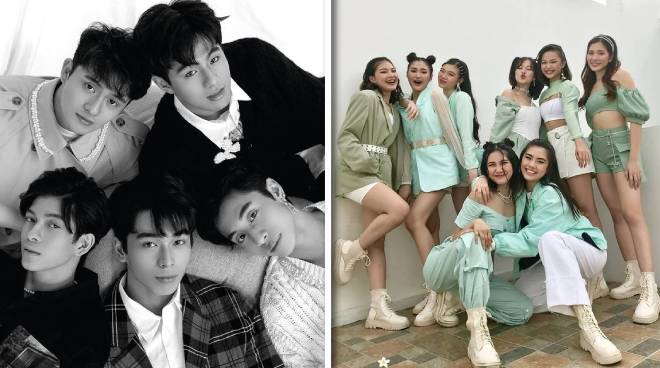 Almost three years after they joined Star Hunt Academy and BINI members Aiah, Colet, Gwen, Jhoanna, Maloi, Milkha, Sheena, and Stacey finally got to be officially launched as the country’s newest P-pop group last June 11. The group also launched their latest music video for their song “Born to Win” on the same day.

BINI’s original launch date was in February but it had to be postponed after the surge of COVID-19 cases in the country. “It has been really overwhelming pero kahit gaano man kadami yung delays, it was all worth it. It truly feels surreal but we’re finally here. All our hard work has paid off,” shared the group.

READ: Make way for BINI — the rookie girl group you should listen to right now

During the BINI: The Launch event, the girls wore Francis Libiran creations during their fashion show and performances. Their brother group BGYO also made an appearance.

BGYO was launched earlier this year along with the release of their debut single, “The Light” and are made up of five members: Gelo, Akira, JL, Mikki, and Nate. “I think everybody in this room knows you guys deserve the best so please always put your best foot forward and keep working hard. And whenever you’re tired, smile and maybe you can text us if you’re not busy,” Nate told BINI.

Another surprise which delighted fans came from ABS-CBN Entertainment production and Star Magic head Lauren Dyogi who announced that BGYO and BINI will be performing together in a major event before the year ends.

“Last quarter of 2021 the first BINI BGYO concert will happen,” he reveals. Fans can also expect BINI’s single “Born to Win” and BGYO’s debut single “The Light” to be soon released in different languages as well as full-length albums are in the works for both P-pop groups.