Belle Mariano also shared what her song ‘Sigurado’ is all about. 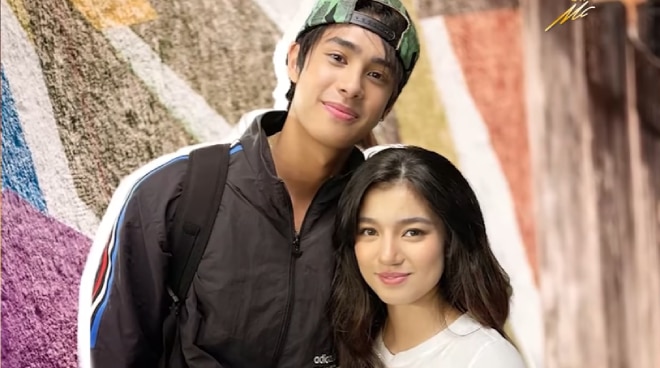 Belle Mariano made a revelation that will surely get #DonBelle fans excited: her new onscreen partner, Donny Pangilinan, was among the first to hear her new single under Star Music.

“Actually, he was one of the first few people who heard the song first including the cast of He’s Into Her,” she shared on Star Magic’s Inside News.

Belle Mariano on getting her biggest role to date in ‘He’s Into Her’: ‘Ramdam na ramdam ko na’

According to Belle, Donny and the rest of the cast of the ABS-CBN series He’s Into Her were clueless that she was the one singing the song.

Belle also talked about what the song — which she said is one that is relatable — is all about.

“This is a hugot song for the people that are confused and unsure at first, but then realizes that they are sure of the person they love — that no matter what happens, they will choose to love that person. And you know, I’m sure a lot of us can relate to this,” she said.

“It talks about being sure of someone. Later on, she will realize that the person she was confused with her feelings was the person she loves regardless,” she added.

“You know, in life kasi, there are times na we will question ourselves whether we are sure of something or someone. And this song, will make you feel how it feels when you encounter that moment when we are sure. Wala nang siguro. Sigurado ka na,” she continued.

Belle Mariano is one of the lead stars of the highly-anticipated He’s Into Her.