Jake Ejercito on doing his first lock in taping: ‘It’s really exciting for me’

‘Marry Me, Marry You’ actor Jake Ejercito shares his preparations for his first major role in showbiz this year. 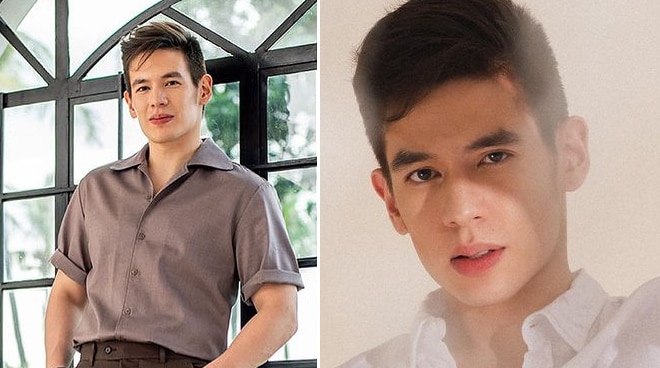 Having both parents as celebrities usually means trying out showbiz at an early age. But that wasn’t the case for Jake Ejercito, son of former action star and president Joseph Estrada and actress Laarni Enriquez. This is because of Jake’s studies abroad. Despite the distance, he admitted he was still a fan of Star Cinema films.

“When I was based in London, I was based there for quite a while, like three to four years, all we had was TFC. Pag na-ho-homesick kami. I would even buy DVDs pag nandito ako sa Manila. Dadalhin ko, babaunin ko dun mga movies ni John Lloyd (Cruz) and Sarah (Geronimo). Talagang pag homesick kami, TFC yung pinapanuod namin ng sister ko,” he recalled.

As part of the recently launched batch of Squad Plus members, Jake said he is happy to be a regular part of the Kapamilya network and shared that after the news he got advice from celebrity friends like Donny Pangilinan. “I remember si Donny nung nakasama ko siya ang sinasabi niya, ‘Just wing it. Just enjoy the ride.’ The nerves, yung jitters will always be there and it’s part of the job and it’s actually a good thing. Just enjoy the ride and that’s what I’m trying to do,” he shared.

The Marry Me, Marry You actor also looks forward to start work on his first regular teleserye this month with Janine Gutierrez and Paulo Avelino.

“Actually our lock-in taping starts in two weeks’ time so I’m the process pa of preparing myself. I already told my daughter Ellie na I’ll be away for two to three weeks and it’s actually really exciting for me. Sa cast I only know si Adrian Lindayag. Apart from him, it will be my first time meeting everyone else. So I just look forward to the experience.

“It will be my first time entering a bubble. I think parang it’s better for me kasi I’ll be able to put more focus into the work in everything that I have to do than outside na madaming distractions. So I guess it’s talagang better for everyone, magiging efficient and it will be faster also,” he said.

As he prepares to become more visible onscreen this year, Jake said he is ready to face everything that comes with the limelight, including bashers.

“Growing up kasi my dad was a senator and when I grew up he was the vice president hanggang naging presidente siya. And with what happened in his political career, parang bata pa lang kami sanay na kami ng siblings ko sa bashing eh. It’s been a part of our life. I got bullied in school. Lahat yan pinagdaanan namin. Wala na po yun. Practice the art of deadma, yun na lang,” he said.

Jake Ejercito Marry Me Marry You lock in taping