Celebrity couple Kaye Abad and Paul Jake Castillo are about to welcome their second child. 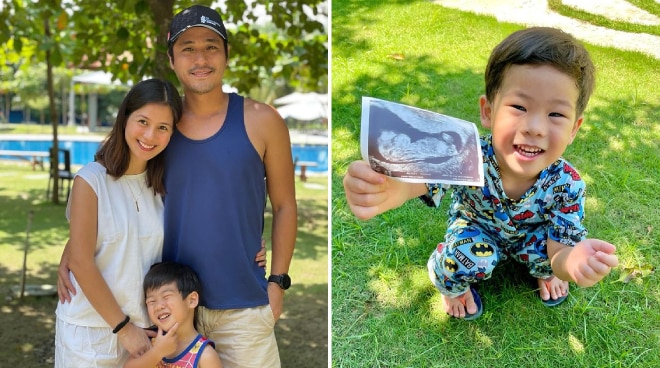 Celebrity couple Kaye Abad and Paul Jake Castillo are having another baby boy.

Kaye announced the exciting news on Instagram as she shared a video of the gender reveal party they had for their second child.

"Another blessing," the actress wrote in the caption.

She also used the hashtags #botchokoy and #2 in her post.

It was in late February when Kaye announced that she and Jake are expecting another child.

Sharing a photo of their son Joaquin holding a sonogram of their second baby, the actress wrote: "Yey!!!!! I’m going to be a kuya!"

READ: ‘Another blessing’: Kaye Abad is pregnant with second child

Kaye and Paul Jake tied the knot in Cebu in December 2016.

They welcomed Joaquin, their first child, in December 2017.

In an interview in 2018, Kaye said that becoming a mother is a dream come true for her.