Rica Peralejo opens up about why she left show business

In an interview with Toni Gonzaga, Rica Peralejo shared why she left her career in showbiz. 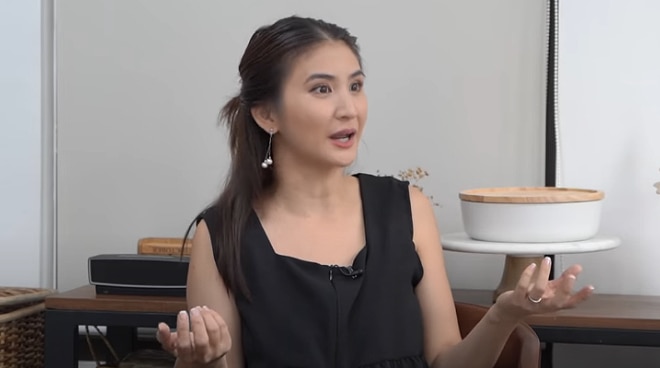 Rica Peralejo opened up why she left show business in an interview with Toni Gonzaga in the segment "Toni Talks" on her YouTube vlog.

According to Rica, her decision to leave the entertainment industry happened at that time when she already felt tired.

Rica admitted that she also felt "broken" and "lost" that time. She shared that she turned to alcohol, toxic relationships, and cigarettes during that period in her life.

"I was looking for things that helped me calm down but there was this range inside of me, there was this really pagka-lost. Broken na broken talaga, iyon 'yung feeling ko," she said.

"I thought this job, this fame, this popularity, this career will actually be it. Parang this is all I need.... Hindi pala sa materyal na bagay o positions mo makikita o kahit sa ambition 'yung fulfillment na hinahanap mo or 'yung healing ,that wholeness that we are really looking for in our lives, hindi naman talaga nakikita siya sa ganon," she relayed.

But Rica confessed that it was not easy leaving show business as she was financially providing for her family that time.

"Okay lang sa akin mag-downgrade pero 'yung nakikita kong nagda-downgrade din 'yung lahat ng nasa paligid ko was the most painful thing for me na my family will no longer enjoy the benefits of me being an artista. It was very hard. Sobrang takot [ako]. More than anything else it was what were they going to eat? And how were they going to live?" she said.

But she realized a lot of things when she started living by faith.

In the interview, Rica also compared who she was before and who she is now.

When describing who she is now, she remarked, "The new Rica is just this one, 'yung just living by faith, living under the grace of God, by the mercy of God, just blessed."