Celebrity couple Kristine Hermosa and Oyo Sotto have revealed the gender of their fifth child. 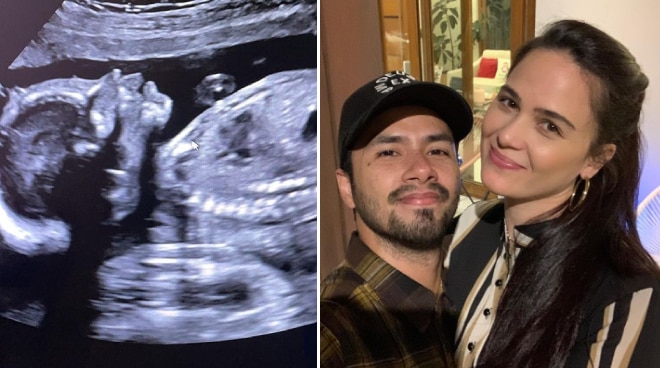 Celebrity couple Kristine Hermosa and Oyo Sotto have revealed the gender of their fifth child.

On Instagram on Tuesday, March 23, the two announced that they are expecting another baby boy.

"Dre" refers to Ondrea, the only daughter of Kristine and Oyo.

Addressing their daughter, Kristine said: "So Dre, continue praying and believing that one day God will answer your prayer... pero kung hindi man mapagbigyan, I’m sure God will give you all that you need to embrace being the only baby girl in the family."

Oyo, for his part, said regardless of gender, he and Kristine are more than grateful for their baby.

"Thank you, Lord! We were really praying for a girl... pero ito ang binigay ng Panginoon," he continued. "Babae man o lalaki, we are more than grateful to God. He knows and controls everything."

It was last December when Kristine and Oyo, who have been married for 10 years, announced that they are expecting another child.

The couple adopted a son named Kristian Daniel and had Ondrea Bliss in 2011.