Catriona Gray opens up about relationship with Sam Milby

Catriona Gray shares what she is like when she's around her boyfriend Sam Milby. 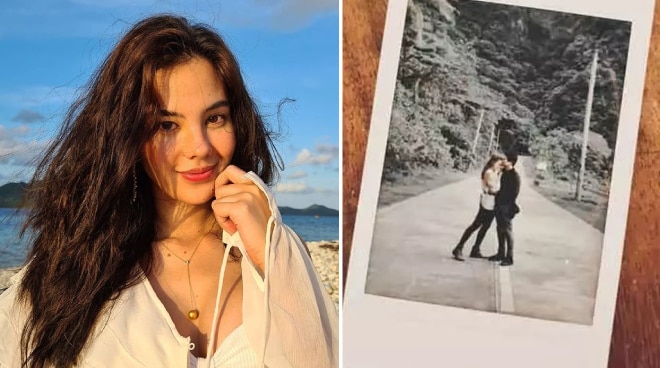 In a rare moment, former Miss Universe Catriona Gray opened up about her relationship with actor-singer Sam Milby.

In an interview with G3 San Diego on Monday, February 22, Catriona was asked to share what she is like when she's with Sam.

“I am very malambing," she said. "I am that type of person in a relationship. I am also very considerate and I am very mindful as a partner. That’s just the kind of person that I am. I am considerate of his feelings."

She also revealed that she and Sam have the same love language—acts of service.

"I am a very active service type of person. Service din ['yung kay Sam], and time, and gifts," she said.

“Actually hindi ako masyadong relate sa gifts because out of all the love languages, that’s the one that I don’t have," she went on. "He’s really into gifts. I am one of those people that doesn’t know how to accept gifts well. I feel hiya. But he’s very, very sweet. He’s really into acts of service and time so we are able to relate to each other very well."

In the same conversation with G3, Catriona also shared the qualities she's looking for in a future husband.

“I would say I’m looking for someone who has great respect for their parents and is very family-oriented because me being close to my family and my parents, that’s very important to me. Two, would be God-fearing because that’s just my belief system,” she said.

"Three, someone who supports me in my dreams and doesn't try to hold me back or hold me down or to try to put limits on me because I can’t thrive with someone like that. I need the support because I am creative and when I have a vision or when I have something I want to go after, I need someone who can understand that and can support me through that,” she added.

"He better be smiling at me. I think it tells a lot about a person. It shows how open they are, how approachable they are, if they are kind, if they can be open to other people,” she said.

It was in May last year when Catriona, 27, and Sam, 36, went public with their relationship, over a year after they were first rumored to be a couple.