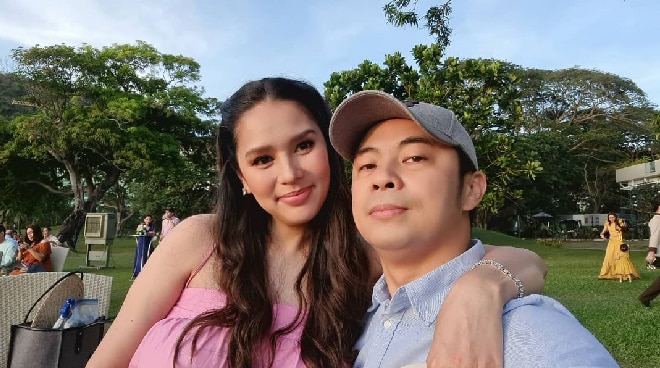 On her Instagram page, Neri shared a family photo to mark the milestone in her relationship with Chito.

"Happy 7th year wedding anniversary, Dad! I love you so much!" she wrote in the caption.

Meanwhile, Chito penned a lengthy post reflecting on life choices and expressing how much he enjoys his life as a family man.

"I just love having a family. Sobrang enjoy lang. Para kang may permanent barkada na kapakanan at kaligayahan lang nila ang priority mo. It makes everything in life so simple," he said.

"I had no idea it would be this much fun," he continued. "Well, actually, sinabihan na ako dati ng pinsan ko na super saya nga daw, pero I guess wala pa sa sistema ko dati kasi I was young, and had different priorities. Kanya-kanyang timing lang talaga, I guess...and you should never let anyone (including your parents at yung makulit mo na Tita), rush you into things.

"Life should be fun, at ikaw lang ang tanging nakaka-alam at makakapagsabi kung ano ang magpapasaya sa ‘yo. For me, more than anything, eto na 'yun."

Neri and Chito were married in a civil wedding ceremony held at a restaurant in Tagaytay City on December 13, 2014.

They followed it up with a garden wedding the next day with more family and friends in attendance.

Neri gave birth to their first child, Miggy, in November 2016. Meanwhile, their second child, Cash, was born in October this year, amid the ongoing COVID-19 pandemic.