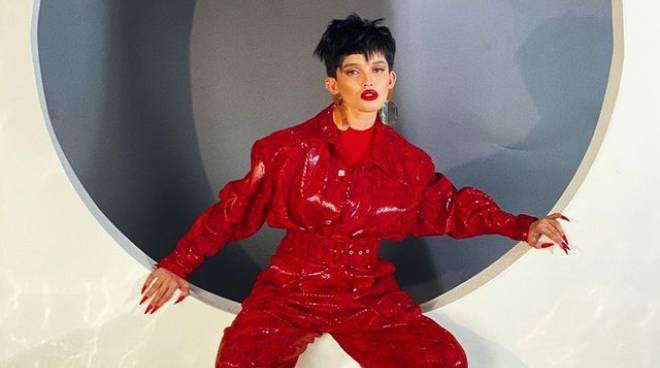 With the release of her latest single “11:59”, singer KZ Tandingan shared how it felt to finally get the opportunity to release her first international single and work closely with her Grammy-nominated producer Lugo Gonzales.

“I am just grateful. Siguro hindi rin magiging ganun kaganda yung session namin if they weren’t as open as they were. He is already a Grammy-nominated producer, in-expect ko na parang he was going to be super strict, na baka very specific siya sa mga gusto niya gawin sa kanta, kasi nga itong song na ‘to, he wrote it with a couple of his friends and they wrote it around ten years ago,” she said during the 11:59 KZ Tandingan Global Media Conference.

KZ said she feels honored to be chosen as the “11:59” singer because of the song’s decade long history.

“There have been many artists who have recorded the song in the past but hindi siya na-release because hindi nakita nila Lugo na nabigay yung hinihingi ng kanta, parang ganun kaya nga ang daming pressure na nararamdaman. When I recorded the song, I just wanted the song to be mine. I just want to record this one. So I’m grateful na naririnig ko from him na yung hinahanap nila dun sa interpretation ng kanta na sinulat nila ay nakukuha nila sa performance ko and I am just super proud na sa dinami dami ng artists na they could’ve chosen to sing this song, ako yung pinili nila. A Filipina, a tiny Filipina (laughs). Sobrang masaya ako,” she explained.

READ: KZ Tandingan reveals why she doesn’t want to have a baby yet

After celebrating her ninth anniversary since winning X Factor Philippines earlier this month, KZ said the release of her international single marks a dream come true for her and she made sure she was more than ready when they started recording the song.

“After my X Factor stint in 2012, the dream was always to go international. The dream was always to represent the country in the world stage of music. Now, after nine years, I get to release ‘11:59’ which is my first international single. It’s something that I will remember for the rest of my life. For my recording sessions, I always made sure that when I go in the studio, I am prepared. I know the song by heart. If I can memorize the song, I will memorize the song because I don’t want to be thinking when I am recording,” she said.

Working with a foreign producer was a welcome challenge for KZ who said she did her best for Lugo Gonzales.

“I wanted to be ready. Yung alam nila na I did the work, I did the assignment. Sobra akong kinabahan kasi it’s a new environment, new people tapos i-add mo pa na you are working with a Grammy-nominated producer. I didn’t want to disappoint him. Nandun 'yung pressure na nilagay ko sa sarili ko. But when I got there, they were super fun to work with. Super chill lang nilang katrabaho that it helped me relax. Mas nag-flow yung mga ideas namin. Naging magaan siya. I think that’s one of my most favorite sessions sa buong buhay ko. I can’t believe it,” she said.

KZ said she was able to convey the right emotions for the song because of the unrestricted freedom that was given to her by her team. “I appreciate that so much na ginawa nila 'yun. Kaya ganun siguro na it was so fast and so fun,” she added.