WATCH: Rufa Mae Quinto gives a tour of her new house in the US

Rufa Mae Quinto is enjoying her life as a mom to her daughter. 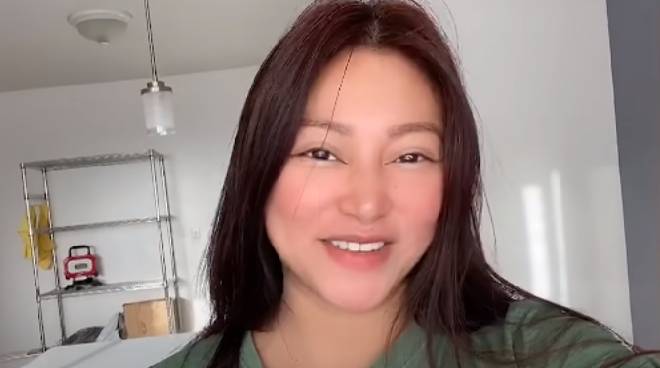 After giving fans a glimpse of her new home in the US last year, Rufa now gave a closer look at her humble abode.

With her now-finished house still unfurnished, the actress-vlogger went to a furniture and home accessories store in Palo Alto with her daughter Athena together with one of her closest friends.

“So we’ll buy for the kitchen, for the toilet, for the storage, and everything,” she said.

In the said vlog, Rufa also showed parts of the living room, the kitchen, the master’s bedroom, and the kitchen.

Meanwhile, the 42-year-old actress, in another vlog, talked about how she became a better wife and mom to her husband and daughter, respectively.

She showed some of the things she does for her family daily — including cooking for them.

She wrote in the caption: “How I try to be a better wife and mom. I make sure I wake up before them, showered and ready to face the day. Make sure they eat good food, we play / work out or [go] malling then sleep good!”

Rufa Mae got married to her husband Trevor Magallanes back in 2016. The couple has a daughter named Athena.