Lea Salonga on TV5 for showing ASAP: ‘Incredibly generous and so wonderful’

‘Yellow Rose’ actress Lea Salonga shares her reaction to the new partnership between ABS-CBN and TV5. 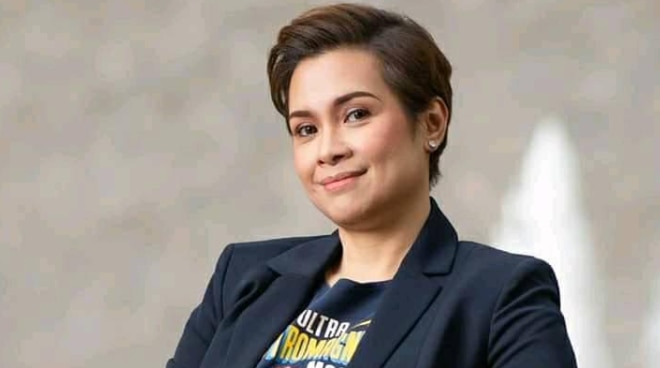 ABS-CBN recently announced that it was now in a partnership with TV5 to start airing their top-rated Kapamilya programs ASAP Natin ‘To and FPJ: Da King starting last Sunday. One of the celebrities who was elated by the news was Lea Salonga, who is currently promoting her US film Yellow Rose which is set to start streaming online on January 29. The outspoken artist said that she is happy with all the collaboration and was all praises for the Kapatid network.

“I’ve been pretty much kind of shut in here at home. I mean I have made appearances on ASAP but I recorded everything here. And knowing that that’s possible, I can still do that and then record here at home and then get seen on TV5 and on all of the ABS-CBN online platforms. That’s kind of unprecedented.

“How do I feel about it? I feel overjoyed that ASAP like actually goes on air again, that people will have access to it. Those who don’t have access to online platforms and streaming will get to see it again on the air. I was bowled over I guess by the generosity of TV5 to allow this to happen. Because it’s an extremely competitive industry. We all know this. Everybody competes with everybody. But for this to happen, I still can’t believe that it actually happened. Never mind that there is so much evidence online, never mind that there have been so many stars on ASAP who are sharing this bit of news on social media, never mind that I was reading the articles. I think it’s unprecedented but incredibly generous and so wonderful. And there’s a bayanihan spirit behind it.

“So thanks to TV5 for allowing this to happen and thanks to ABS-CBN also for hanging in there and just holding on. There are multiple tunnels and I think we’re all starting to see light at the end of some of them. And it gives me hope. It quells my heart seeing that there are good folks out there still that are willing and wanting to help. So I’m very grateful,” she shared during the Yellow Rose presscon held last January 25.

With her country-themed film Yellow Rose, which was filmed in the US, finally going to be shown in the country starting this month, Lea said she is proud to be part of a story that shows insight on part of the experience of some Filipinos in the US.

“My manager in the US sent me the script and he actually pushed really hard for me to do this. He said, ‘You have to do this film. You should do this film because it’s just the right thing to do. It is very topical and you should do this.’ It didn’t take that much convincing to do. The script was beautiful It was a character that was not so easy to like. Which I think is something far more interesting for me to play after having played many heroines in my career. It was interesting to tackle and try something where the character isn’t really, really well liked. So, trying to gain some empathy from the audience will be a little more challenging unlike Rose who you know is the hero throughout the entire narrative of the film.

“And I patterned this character after somebody that I didn’t like and it made for an interesting shoot for me I guess and me trying to gain empathy for that kind of human being. Recently I was reminded of why I didn’t like this person so it was interesting to be revisited by all of this all at the same time (laughs). So, what convinced me to do this? It was the power of the script and the power of the story and the power of my manager’s words saying this is the right thing to do. So that’s it,” she explained.

Yellow Rose is a story of an undocumented Filipino girl from Texas named Rose who pursues her dream of making it as a country singer, while struggling with the possibility of deportation.

Directed by Diane Paragas, the film first premiered at the Los Angeles Asian Pacific Film Festival in May 2019. The film can be viewed on KTX.ph, iWantTFC, as well as Cignal Pay-Per-View and Sky Cable Pay-Per-View.