Kaori Oinuma gave fans a glimpse of her home in Japan. 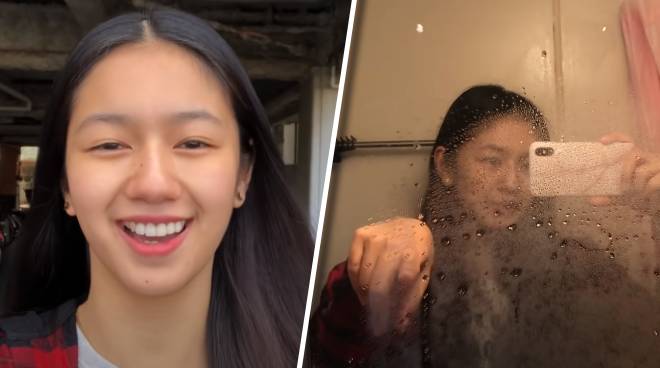 Former Pinoy Big Brother (PBB) housemate Kaori Oinuma — who happens to be of half-Filipino and half-Japanese descent — gave a tour of her house which has served as their home in Japan since 2013.

In the said vlog, Kaori first showed the area outside the house where she would usually spend time with her friends.

Explaining why she and her mom stays at a small apartment instead of a big one, she said, “Hindi ganu’n kalaki ‘yung bahay namin kasi dalawa lang naman kami ni Mama and kung lilipat kami naisip namin sayang ‘yung bayad.”

The areas Kaori showed inside her house included her kitchen, bathroom, and bedroom which has an altar.

Kaori rose to popularity when she became part of Pinoy Big Brother: Otso in 2018 where she became a finalist.

After her stint in the PBB house, she went on to appear in ABS-CBN shows such as Parasite Island, Maalaala Mo Kaya, and Home Sweetie Home Extra Sweet.

She has been paired with ex-housemate Rhys Miguel for a love team known as “KaoRhys.”