Janus del Prado teases One More Chance co-stars Derek Ramsay and John Lloyd Cruz because of the viral photos of the former with the ex-girlfriend of the latter. 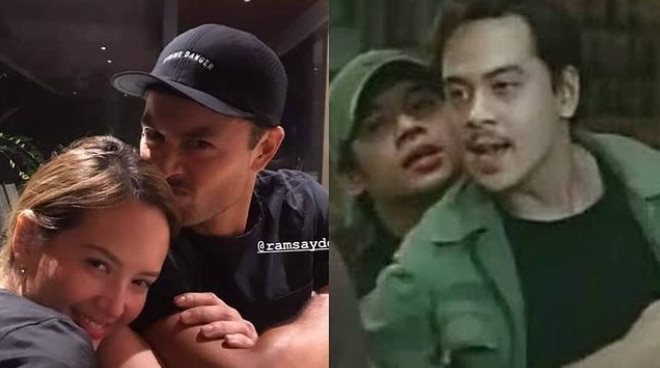 The online world went abuzz recently as photos of Ellen and Derek getting cozy at a dinner party made rounds online.

After photos of the two circulated online, One More Chance actor Janus del Prado couldn't help but relate it to the characters of his co-stars in the movie.

It can be recalled that Derek was part of the movie One More Chance alongside John Lloyd Cruz, who happens to be Ellen's ex-boyfriend.

Coincidentally, John Lloyd and Derek were also previously in a relationship with Angelica Panganiban.

On his Instagram page, Janus posted a meme which showed a snapshot of the photo of Ellen and Derek together and his scene with John Lloyd in the movie.

Janus and John Lloyd's meme was taken from the movie where Popoy (John Lloyd) got angry at Mark (Derek) as the former assumed that he is the new boyfriend of Basha (Bea Alonzo).

Ellen and Derek's common friend Ruffa Gutierrez, who was also present at the party and an ex-girlfriend of John Lloyd, even teased them in her Instagram Stories.