Patrick Garcia and wife Nikka are expecting their fourth child

Actor Patrick Garcia and his wife Nikka just announced they are expecting their fourth child this year. 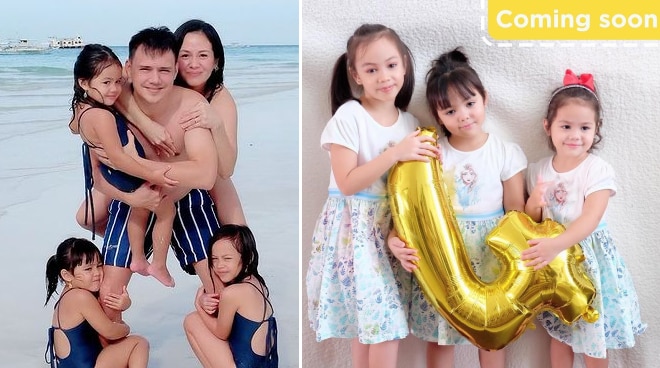 In their Garcia family vlog titled “Another Blessing” posted on their YouTube channel last January 8, Patrick Garcia and his wife Nikka announced that they are expecting their fourth child this year. The couple started off their vlog explaining the reason they were not as active on social media last month and decided to spend most of their time home as a family. “Walang lakad. Kasi medyo sometimes nahihilo ako palagi. It’s not just morning sickness, it’s whole day sickness. So yes we are pregnant with baby number four,” Nikka shared.

READ: Patrick Garcia receives a surprise from family on his birthday

The 39-year-old actor, who said the pregnancy was their “our answered prayer,” also explained why they still went on a beach trip last month even after confirming the pregnancy. “Siguro sa lahat ng naging pregnancies niya, parang feeling ko dito siya pinaka-na-cha-challenge ngayon. She’s high risk so it’s better for us or for her to stay home muna. When we went to Boracay we already knew na buntis na siya pero we had already planned Boracay before we found out. So no choice na kami but to go on the trip. Had we found out before planning Boracay we won’t risk it. We had fun naman in Boracay at saka wala namang nangyaring masama sa amin so okay lang,” he said.

In the vlog, Nikka credited her unexpected pregnancy as their youngest daughter Pia’s answered prayer.

“Actually compared to the rest, iba yung nausea ko dito, iba yung food aversion. I’m a little bit challenged but I know that as I go further into my pregnancy, it will get better. This has been Pia’s prayer, I think it’s because of her prayer that got really answered. She’s been praying every night for this,” she added.