Just a month after announcing her fourth pregnancy, actress LJ Moreno reveals that she had suffered a miscarriage. 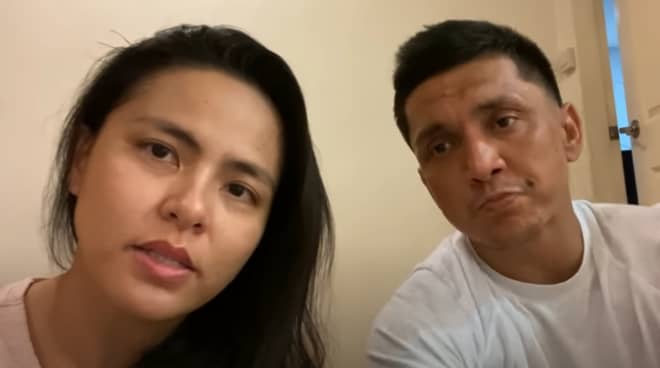 Just a month after announcing her fourth pregnancy, actress LJ Moreno revealed that she had suffered a miscarriage.

LJ and her husband, basketball coach Jimmy Alapag, announced the sad news in a vlog entry on Wednesday, September 9.


"We were supposed to hear the heartbeat, but we couldn't find one," LJ said, after a doctor's appointment in her sixth week. "The doctor was saying it could be cause it's too early, but it could also be because of the myoma. If you guys remember, my first appointment, the doctor was saying there was growth or myoma in my uterus.

"We scheduled another appointment. I went back hoping na we could hear the heartbeat, but unfortunately, we still couldn't. The doctor said, we'll still do everything we can, but she said I want to manage your expectations. There's a possibility you could have a miscarriage," she related.

"When we went in the next appointment, we found out na wala na talaga," said Moreno.

LJ and Jimmy first revealed last August that they were expecting a new addition to their family, in what they described was a "surprise" pregnancy. They already have three children: Ian, Keona, and Calen.

"Not easy news for us to find out," said Jimmy. "But, at the same time, we have absolute in God's plan for us as a married couple and even more importantly as a family."

LJ and Jimmy have been married for 10 years now. They celebrated their 10th anniversary last August.