Lea Salonga released a new song titled ‘Dream Again,’ which hopes to inspire people to look forward to fulfilling their dreams after the pandemic. 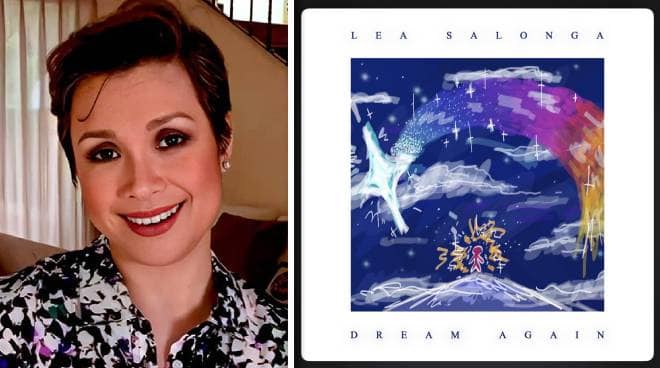 In an exclusive interview with HollywoodLife, the Broadway star shared the message that she wants to impart in her new song.

Lea said, “The significance of ‘Dream Again’ would be that, while we’re stuck in quarantine or lockdown or whatever it may be, we still can actually aspire and look forward to and plan in the hopes that once all of this is done, we’ll be ready for you to make all those dreams come true.”

Dream Again is out now! Download + listen wherever you get your music. Proceeds benefit @theactorsfund. #LSdreamagain

According to Lea, the song was entirely produced mostly by utilizing the video conferencing app Zoom. “We had a whole international crew of people making things happen, which I loved,” she relayed.

Lea's daughter, Nicole Chien, had a special participation in the production of the song by creating its cover art.

Dream Again is out now! Download + listen wherever you get your music. Proceeds benefit @theactorsfund. pic.twitter.com/AlRHwT9Hsv

"At first she was a little hesitant. Then one fine day she presents this artwork to me, and I showed [my manager] Josh and he said, ‘That’s absolutely perfect, we’re using it for the cover.’ When I told her, the smile on her face was so wide," she stated.

Proceeds from "Dream Again' will be donated to charities that help in COVID-19 relief like The Actor's Fund.