Maureen Wroblewitz asked: ‘Are you pregnant?’

Maureen Wroblewitz responded to a fan asking her if she’s pregnant. 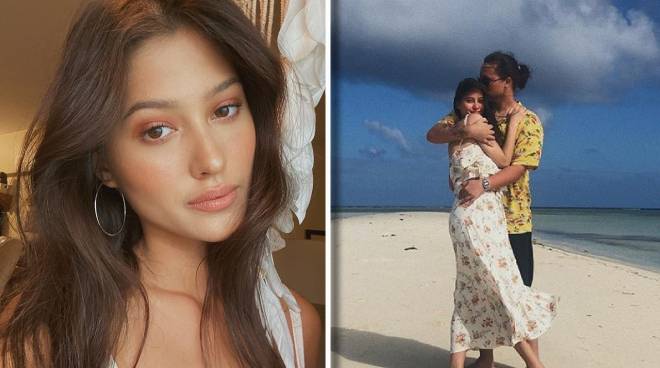 With many of her fans wondering why she hasn’t been active on social media recently, Maureen Wroblewitz took the time to share with her fans what she’s been up to lately.

In the said photo, she can be seen hugging her beau Juan Karlos Labajo while the latter kisses her on the forehead.

According to the Asia’s Next Top Model (ANTM) Season 5 winner, the photo was taken last year but she wasn’t able to post on social media. In the same post, she shared a clip of what appears to be a video game which she referred to as her “distraction” during the enhanced community quarantine period.

“Hope everyone’s safe. Never got to post this photo from last year. Swipe to see why I haven’t been active lately. Best distraction,” she wrote.

But a fan seemed to have noticed that her belly appears to be protruding in the photo, which prompted a question to the 21-year-old model: “Are u pregnant?”

Wroblewitz, for her part, simply responded: “It's the skirt."