Karen Reyes has no regrets about her decision to keep her pregnancies a secret. 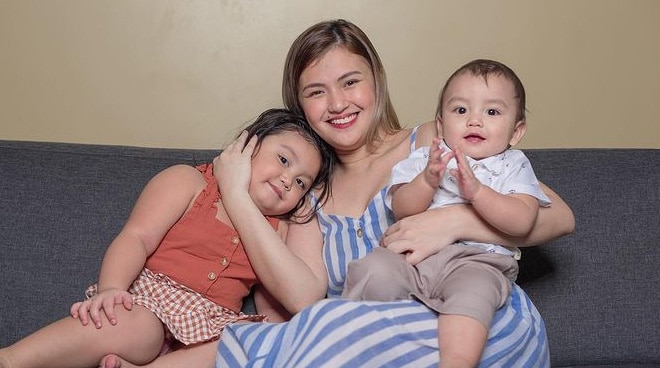 Karen Reyes has long been rumored to be a mother, but it was only this year when she opened up about having two children.

While she has been more open about her being a parent since then, Karen never really spoke about her decision to keep her motherhood a secret.

In a “Magandang Buhay” interview, Karen explained what made her decide to finally reveal her secret.

Karen, who is in a relationship with Silent Sanctuary frontman and the father of her two children — Raymund “Sarkie” Sarangay — said she opened up to him about what she described as a missing piece of herself, for keeping her children away from the public.

Karen went on to share that she never had any regrets about keeping her children away from the public eye.

Read Karen Reyes shares how she celebrated Mother’s Day: ‘This is my first Mother's Day in public’

Karen gave birth to her daughter Olivia in 2017 then her son Lucas a year after.