Miriam Quiambao and her husband made the announcement through a vlog released on Wednesday, December 30. 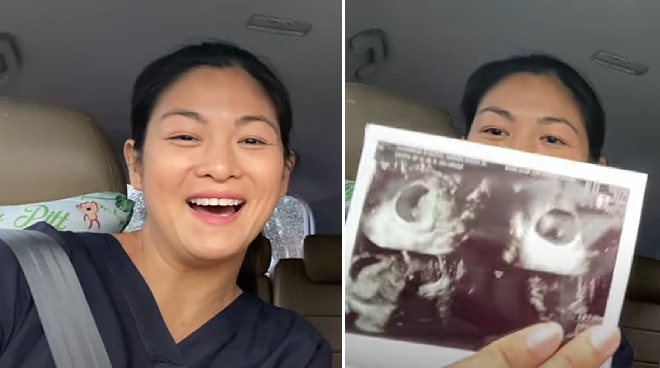 The Miss Universe 1999 first runner-up and her husband, fellow inspirational speaker Ardy Roberto, made the announcement through a vlog released on Wednesday, December 30.

"Thank God kasi meron Siyang naging surprise for us before Christmas, actually. We're now so excited to share with you the great news that I'm positive—not coronavirus, but I'm positively pregnant!" confirmed Miriam, who was already eight weeks and six days pregnant at the time of the vlog's recording.

The couple said they found out about Miriam's pregnancy two weeks ago.

"We weren't really expecting. Well, we were praying. Praying and planning pa lang," they said.

The couple said they are expected to find out their baby's sex by next week, when Miriam gets her prenatal testing.

Miriam and her husband were married in a garden wedding in Tagaytay on March 25, 2014.