Geneva Cruz shares she is staying for good in PH, reveals she is in a long distance relationship

After living for a couple of years in the US, Geneva Cruz shared that she is already staying for good in the Philippines. 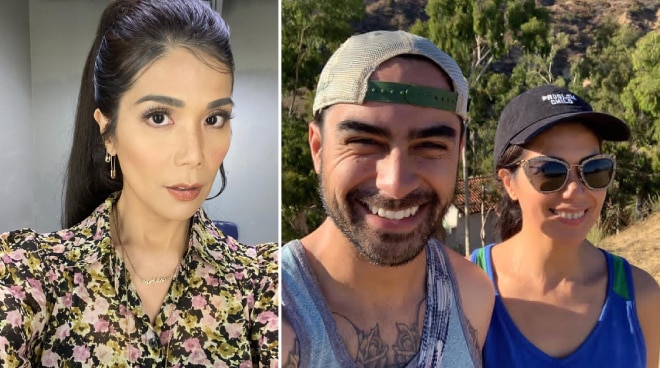 Singer-actress Geneva Cruz revealed that she will be staying "for good" already in the Philippines after living a couple of years in the USA.

According to Geneva, she was just supposed to give birth in America but she had to stay there to take care of her son Heaven who was battling depression.

"Dapat one year lang ako doon [sa US]. Manganganak lang sana ako. Mayroon na akong baby girl. Her name is London. She's six years old. And I was just going to give birth there pero kinailangan ako ng aking unico hijo na si Heaven, who is now 24. So I have to stay for five more years kasi he had depression during that time. And he talks about it openly so I can say it," she said during her guesting on Magandang Buhay.

In the same interview, the singer-actress was also asked on how she became on good terms with Heaven’s father, Paco.

"We had an annulment. Pinag-usapan namin so okay annul na lang natin. Then it took siguro mga three months lang na-annul na 'yong case kasi wala namang nag-contest. I feel like even if hindi na kayo okay, that person became a big part of your life, you know," Geneva stated.

The singer-actress also revealed that she is currently in a long distance relationship with an American producer named Niko.

"I met Niko more than a year ago. He is one of my producers in the East Coast in Virginia. Wala lang, it just happened you know. Hindi naman ako looking into meeting somebody kasi nga very careful din ako kasi maliit pa si London eh. It happened. I'm happy and I'm inspired. Long-distance kami when I was in California and sa East Coast siya. Ngayon long-distance pa rin kami. I haven't seen him since January," she relayed.