Vice Ganda’s new house has its own elevator as well as an elevated pool made out of glass. 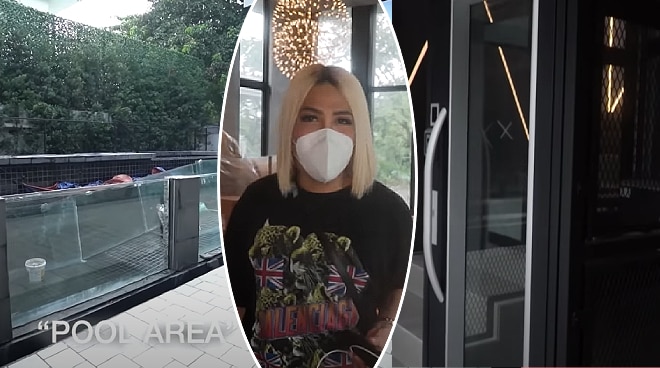 Vice Ganda, who is moving into a new house, gave a tour of the 1,300-sqm. bare structure which is still under construction.

According to the comedian, he bought the property where his house currently sits around five to six years ago for his late grandfather.

While he initially wanted to sell the property after the death of his grandfather, he eventually decided to keep it and build a new house.

The It’s Showtime host said it took three years to finish the construction of his house which has an industrial design with elements of stones, metal, and glass.

He also revealed that he was supposed to move into his new house back in March. But due to the pandemic, he was forced to reschedule his transfer.

READ: Vice Ganda on ‘having it all’: ‘No one can say na nasa akin na ang lahat’

The new house has an entertainment room which he calls the den, a large dirty kitchen, a spa room, and an elevated swimming pool made out of glass with jacuzzi. It also has a recreational area which Vice intends to transform into a gym area for boyfriend Ion Perez or a party place in the future.

Meanwhile, Vice also has a grotto at the back of his house which he revealed was originally there when he bought the said property.

Vice Ganda is set to show more of his house — including his walk-in closet — in the second part of his vlog.