How are Lou Yanong and Andre Brouillette managing their long distance relationship?

Lou Yanong is currently in the Philippines while her boyfriend Andre Brouillette is in Hawaii. 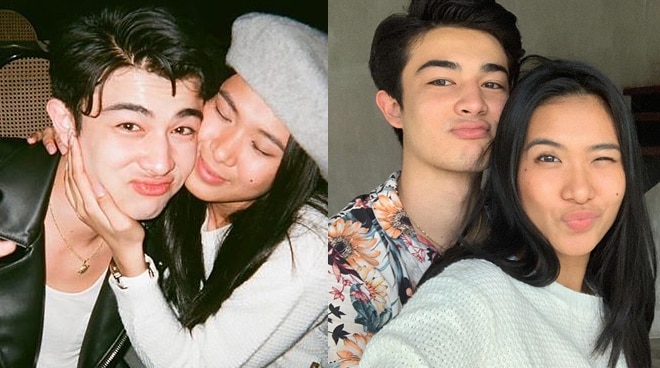 Photo Credit to @louyanong on IG

Despite being in a long distance relationship, former Pinoy Big Brother: Otso housemates Lou Yanong and Andre Brouillette's relationship remains firm and thriving more than ever.

Lou is currently in the Philippines while Andre is in Hawaii with his family.

The couple admitted that being in a long distance relationship has been challenging but they have been able to maintain their good relationship.

"Sabi ko we really have to be more mature about this. Kailangan matatag tayo. And even before pa umalis si Andre, nag-usap kami na may malaking chance na we both will change because you will go back in Hawaii and back here I'm with my family, I'm going to be with my friends," Lou said in an interview in Magandang Buhay.

Meanwhile, Andre relayed that though they had their share of disagreements, he is happy that they were able to fix it immediately despite the distance.

"I'm actually very happy to say that when we do have our, I think we had a couple of away but we resolved it really well. We both actually had a lot of more patience when we're talking," Andre said.

Here’s to calming my storms 🥂@andrebrouillette

He added, "We are trying our best to really adjust, it really does come with respect and trust. And also we always put God in the middle of our relationship and it helps us so much in beautiful ways."

Andre remarked that he is very grateful to have Lou in his life.

Read:Andre Brouillette on secret to strong relationship with Lou Yanong: ’She puts up with me’

"I'm very thankful to God to have you in my life. I'm very blessed and you are very special to me. I love you very much and I know that we can do this. Mahal kita," Andre said.

Lou responded, "I love you. Nothing's changed. I still love you."