Music icon Sharon Cuneta has clarified her earlier statement that she is ‘retiring soon’ from showbiz. 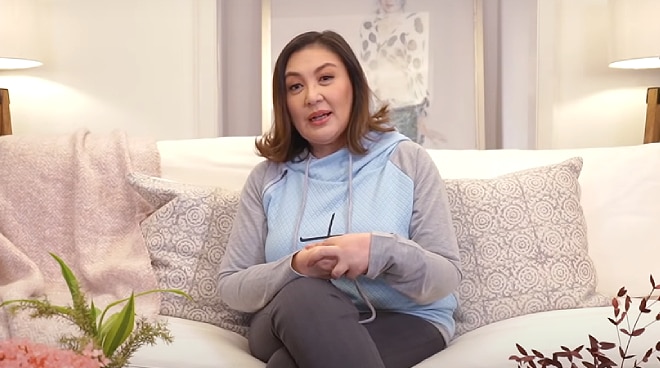 Music icon Sharon Cuneta has clarified her earlier statement that she is "retiring soon" from showbiz.

Over the weekend, the Megastar posted on her Instagram page a photo of herself looking exhausted. In the photo, she wrote the words: "Kids, it's almost time. Mama's tired. I love you!"

On my way to retirement...😘

A post shared by ActorSingerPresenter (@reallysharoncuneta) on Oct 10, 2020 at 5:18am PDT

She also changed her bio to "Retiring soon."

On Monday, October 12, Sharon, who has been in the entertainment industry for over 40 years, assured her fans that she isn't leaving showbiz just yet, as she still has "a few promises and contracts to fulfill."

A post shared by ActorSingerPresenter (@reallysharoncuneta) on Oct 12, 2020 at 4:49am PDT

"Just seeing as we don't know yet when this pandemic is leaving or when a vaccine is gonna be discovered, I am preparing for my retirement," she explained.

"I am semi-retired as it is! I planned to retire after I got married to Kiko at 30, but I've always taken cues from God. I wed in the middle of shooting 'Madrasta.' Then so many other things followed, so I knew it wasn't time yet. Don't worry about me—my parents always prepared me for this! And I've been getting ready to retire for another 2 decades," she added.

She then promised fans that she will not just "instantly disappear," as she owes them that much.

"But please, ready yourselves, okay?" she went on. "I love you. God bless you all!"

This is not the first time that the singer-actress has opened up about her plans of retiring.

Last September, Sharon admitted that she has been considering semi-retiring to enjoy a more private life. This was after she parted ways with her daughter, music newcomer Frankie Pangilinan, who stayed in New York for college.

"Since last year l have seriously been thinking of semi-retiring. I am so very tired. It has been 41 years of work, work, work for me, and at some point, kailangan na rin sabihin sa sarili na ‘tama na.’ When will it ever be enough? Sometimes you just have to put your foot down and say it’s okay, and it’ll all be okay," said Sharon.

While she might still do a few projects, Sharon said she wants to stay away from the limelight for most times to be with her family.

"Maybe I’ll do a concert here and there every once in a while, or a movie that I feel will really be worth the few months it’ll take me away from my home and family. Sinasabi ko na sa inyo ito, mga mahal kong Sharonians. Mahal na mahal ko kayo... pero pagod na rin si Mama," she added.

According to Sharon, she has already discussed with her family and management team about her retirement plans.

She then told her fans: "I love you all so much, and I will try my very best to give you the best of me before I say goodbye."