Aurora Pijuan’s tiara was supposed to be auctioned but withdrew it on the eve of the auction. 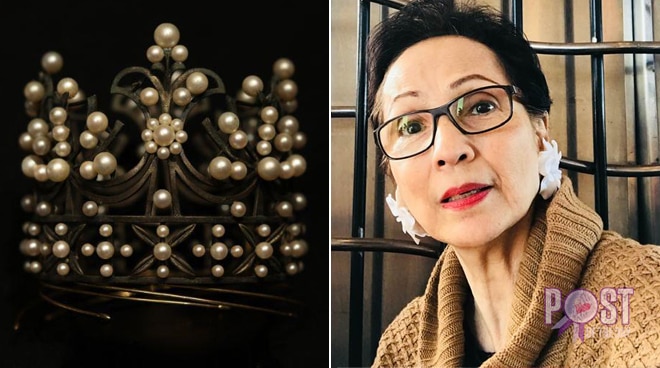 Aurora Pijuan who was the second Filipina who won the Miss International title initially had her crown auctioned in hopes of helping the fishermen who figured in an accident after their boat collided to the of the Chinese's on sea.

However, in a report by ABS-CBN News, Lisa Guerrero-Nakpil of the Leon Gallery confirmed that the beauty queen took back her crown and withdrew it from the auction due to personal reasons.

The 1970 pearl and gold tiara made by Japanese jeweler Mikimoto was one of her prizes when she won Miss International.

The last Filipina who won Miss International was Kylie Verzosa in 2016. Jeweler Mikimoto has also designed the crown Catriona Gray is using as she won the Miss Universe 2018 title.